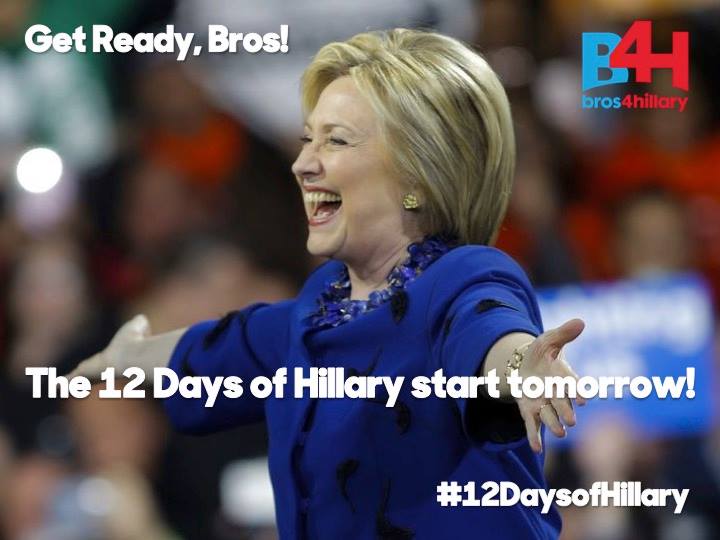 Bros4Hillary’s massive “12 Days of Hillary” campaign kicks off tomorrow! For 12 consecutive days beginning October 1 and continuing through and including October 12, make sure to check in to our various social media pages for an exclusive look into how you can get more involved before this November’s presidential election. If you’ve been waiting for the right moment or just simply haven’t decided how to get involved, the #12DaysofHillary will be your exclusive how-to.

Make sure to use hashtag #12DaysofHillary and #Bros4Hillary on your social media, and tag us @bros4hillary, to keep in the loop and interact with us! You, our members, are what help this machine going!