Four Progressive Millennial Males Get On A Call To Talk Politics 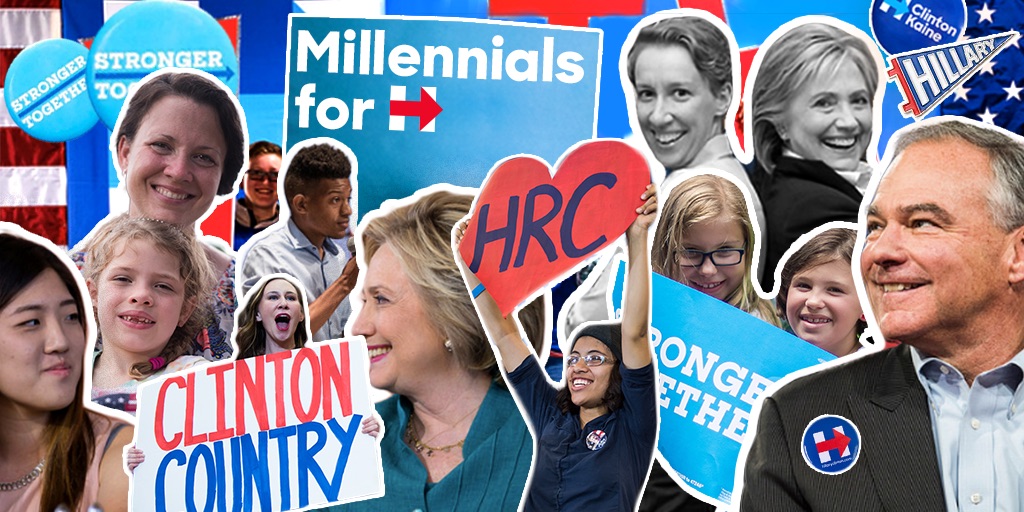 The political landscape in America has changed. For some, the writing on the walls was apparent for some time. For others, like the four gentleman who congregated on a telephone call to talk current events and politics, the shift happened beneath their noses, and when the shit hit the fan, they were thrown off their heels.

For two years, I, Alex Mohajer, Thomas McAbee, Daniel Fusselman, and Rance Collins campaigned for Hillary Clinton as Bros4Hillary. We made an imprint. We got to meet Hillary Clinton. It sparked a career in political journalism for some of us. But we were bound together by one truth: we were progressives. We were dudes. We were millennials. And we represented an otherwise totally ignored segment of the electorate: people from those demographic groups that love Hillary Clinton.

For the first time since the 2016 presidential election, all four of us sat down to talk some real, honest-to-god politics.

It’s true. We are all alternating co-hosts of the Bros4America podcast with myself serving as your faithful Whoopi Goldberg. And while we each happen to be politically progressive, millennial-aged men, not a single one of us voted Bernie Sanders.

Only fitting that the bros ruminate and spend a little bit of time looking at the purist left wing faction of the Democratic Party (which it turns out, are just Republicans), and the frustration with sensible, progressive people who are trying to get forward motion in government but are met with people who obstruct even as they share the same goal.

The Bros4America Podcast is executive produced and moderated by co-host Alex Mohajer. Joining the panel as co-hosts are Daniel Fusselman, Thomas McAbee, and Rance Collins, with special thanks to Matt Garrett and Bros4Hillary Co-founder Nelson Melegrito (the original Bros4Hillary!) The theme music is It’s Always Too Late To Start by Chris Zabriskie. The Bros4America Podcast produced and mixed using Audacity and distributed by WordPress and BluBerry. Thank you to freeconferencecall.com, Secretary of State Hillary Clinton, Minority Leader Nancy Pelosi, and all of our listeners at Bros4America (forever Bros4Hillary).

Do you love our content? Hate it? Have a suggestion? If so leave us a comment below, or click this button help us with some feedback in this 30-second survey telling us what you think: