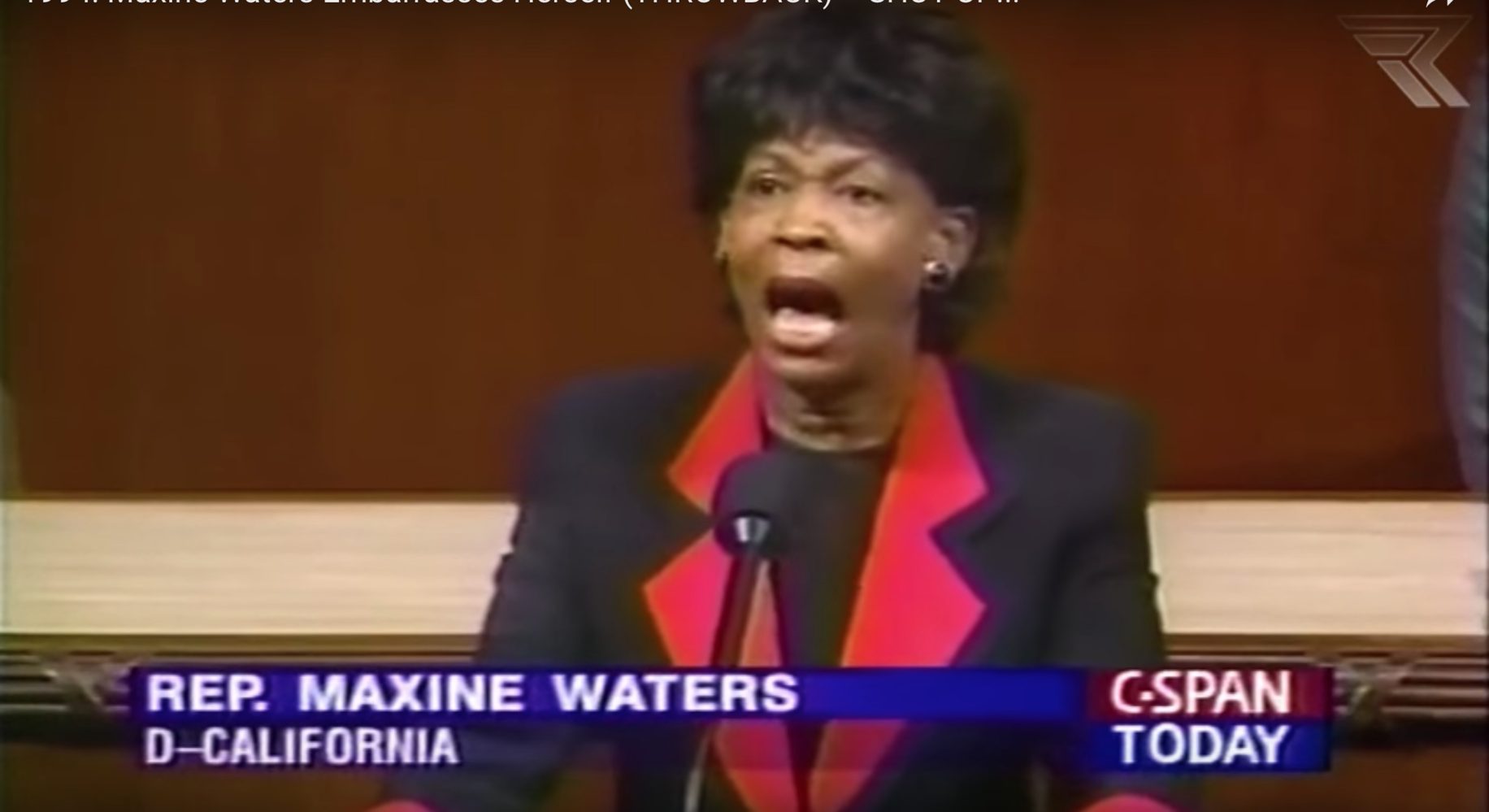 Maxine Waters is a bad-ass. And if a recently-unearthed video from a 1994 showdown between Waters and New York Republican Congressman Peter King is any indicator, she has been a bad-ass for AT LEAST two decades.

“The day is over when men can badger and intimidate women, marginalize them, and keep them from speaking. [Women] are now in this House. We are members in this House. We will not allow men to intimidate us and to keep us from participating,” said a defiant Maxine Waters in 1994 from the floor of the U.S. House of Representatives.

Indeed, Waters has been fighting on the front lines of the Women’s movement as early as this rare, unearthed clip, decades before she infamously “reclaimed her time” in an explosive 2017 Congressional with an obnoxious Treasury Secretary Steve Mnuchin. The equally explosive 1994 clip features a verbal altercation between Waters and an equally obnoxious white male colleague (King), and things escalate to the point where several men in the House chambers call for the Sergeant at Arm to “bring her to her feet” and to physically remove her from the building.

Merely because she refused to be silent.

“Do you ever see men do this to other men?” Waters asks defiantly over a growing chorus of voices calling to adjourn the session before allowing her to speak, trying to intimidate her.

The kerfuffle began a day prior when Waters came to the defense of Maggie Williams, then-staffer for then-First Lady Hillary Clinton. Williams was testifying before the Budget Committee in a congressional investigation into the Whitewater controversy, yet another bogus investigation into the Clintons aimed at sullying their political reputations which resulted in no prosecution against them.

After the chairman observed that Rep. Peter King (R-NY) had badgered Williams, Auntie Maxine FIERCELY interjected to defend her, courageously speaking over Mr. King to inform him repeatedly that he was “out of order,” or in violation of parliamentary rules.

Even as King laid into her by spewing vitriol (“nobody cares about you,” and ordering her to just “sit there and shut up”) Waters defiantly continued to repeat, “You are out of order.