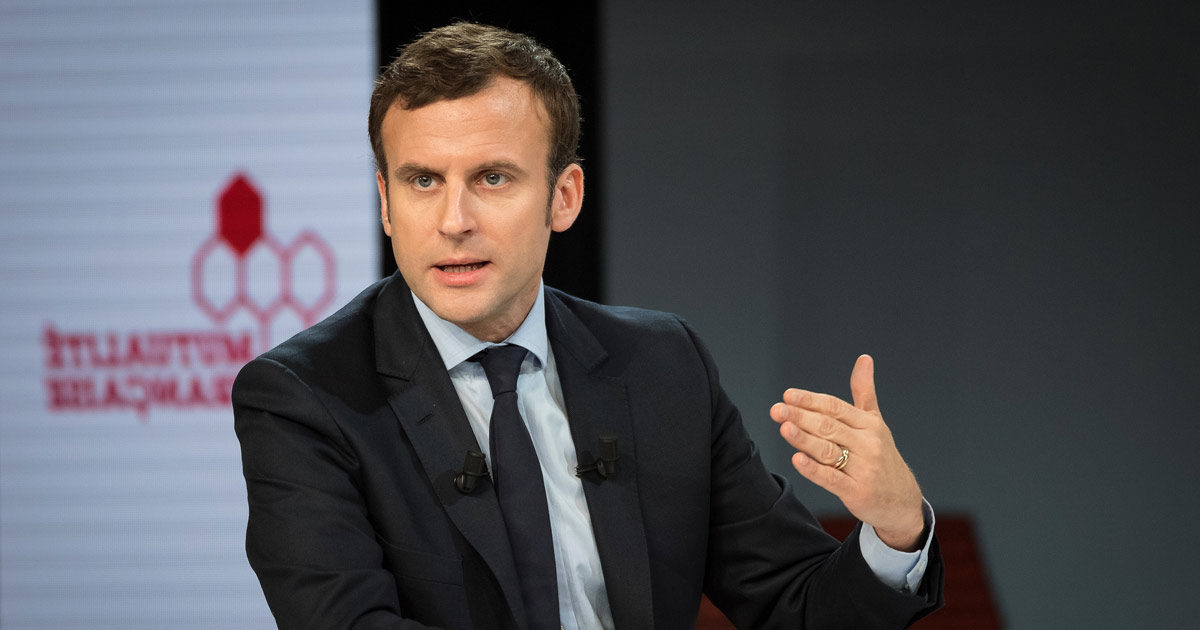 Newly-elected French President Emmanuel Macron delivered a televised address to the United States and the rest of the world on Thursday, joining the chorus of international voices condemning news that Donald Trump is withdrawing the United States from the Paris Climate Deal.

Macron called the decision to withdraw from this deal a mistake that hurts America and the whole world, and suggested that he had told Donald Trump as much directly. Speaking directly to Americans who are “disappointed by [Donald Trump’s] decision to withdraw” from the deal, Macron had this veiled message: “I believe in you. The world believes in you.”

“We will succeed,” Macron opined, before boldly inviting the American workforce to come to France and work there on innovative new approaches to tackling climate change. The c0mments suggest Macron intends to be aggressive in leading the world on the clean energy economy. He ended his comments with a veiled zinger: “Make our planet great again.”

Some social media users believe the words were more than just platitude, but rather a veiled hint that the American people ought to impeach Trump, who the intelligence community unanimously believes benefited from acts of Russian cyber hacking to hurt his opponent, former Democratic presidential nominee Hillary Clinton. The issue might be personal for Macron, who was able to defeat similar attempts against his candidacy last month in the French presidential elections, and who just days ago boldly and publicly challenged Russian President Vladimir Putin on the subject. Putin has denied involvement.

French President Emmanuel Macron did not mince words for Russian President Vladimir Putin or the man of the hour, Donald J. Trump.

The withdrawal is viewed as controversial as the United States is one of the leading contributors to global greenhouse gas emissions and carbon dump, which the global pact is aimed at reducing. The withdrawal also represents the first and only major defection since it was executed in December of 2015. 195 nations across the globe in total took part in the original deal, which is viewed as President Barack Obama’s principal environmental, and indeed among the most significant over-all, achievements.

A near unanimous consensus exists among the scientific community that the world’s carbon emissions, if allowed to produce at their current rates, will result in rising temperatures in the atmosphere that will increase in hotter planet, rising sea levels, droughts that will deplete food supplies, and violently powerful storms, among other devastating repercussions, like population displacement.

Donald Trump has not responded formally to the comments.