Donald Trump's Comments Perpetuate Rape Culture and Hurt All Of Us 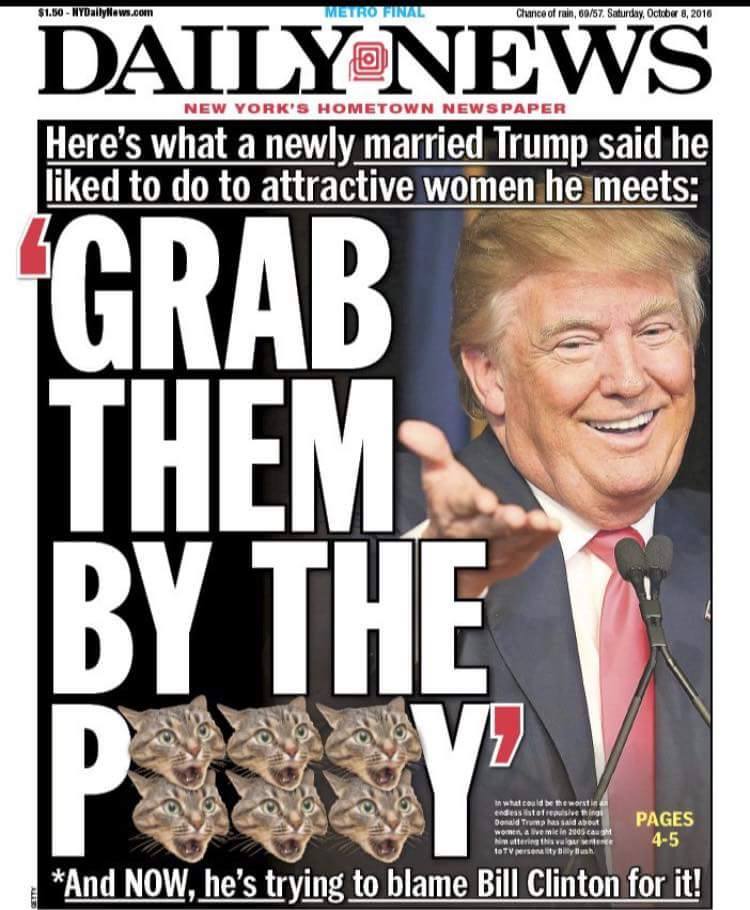 Bros4Hillary Political Director Alex Mohajer bro-ing out at his college graduation in 2007.

LOS ANGELES, Calif. – In 2007, I graduated from a fine institution and one of the best in the United States. Granted, the school has a famously liberal history, but nevertheless, it houses a surprisingly popular and traditional “Greek row.” I graduated a brother of the one of the campuses top fraternities. I count five former American presidents among my famous list of brothers (two of them living, both of them allegedly voting Hillary, but I digress). I lived in the house. I went to the parties. I participated in the rituals.

While my life has changed a great deal in ten years, for all intents and purposes: I was a frat guy.

When I was asked to join the leadership team of Bros4Hillary, it felt all but fitting. It has been a long time since I even remotely associated myself with the term “Bro” and I acknowledge at B4H we use the term in a tongue-in-cheek way. We have a strong legacy of LGBT and female membership. But it does harken me back to the past. During my fraternity days, I heard – and said – a lot of vulgar stuff. The deepest darkest corners of your imagination could start to flirt with the terrible things we said to one another, usually in jest.

Of course, around my junior year, Facebook became a thing for students at my school. At the time, use of Facebook was limited to college students at a select number of schools with an @edu e-mail address. The breadth of the Facebook audience has since widened. But I have joked publicly that if there’s one good thing that comes out of Trump running for President, it’s that all of the stupid and/or vulgar things I’ve publicly said and done over the years are no longer disqualifying in potential bids for public office.

To this day, I love a good dirty joke and colorful expletives. Usually, the darker the joke, the funnier.

But when I heard Donald Trump’s comments today, I gasped audibly. In what seems like a daily October Surprise of bad press for the Donald, an audio recording was released in which Donald Trump is overheard talking about how being famous means he can do whatever he wants to women without asking…kiss them, grope them, “grab them by the pussy.”

Of course, Donald uses the term “locker room banter” as a euphemistic way of saying that this is how men talk, and boys will be boys.

No, Donald. This is NOT how men talk. This is how rapists and sexual abusers talk. And it is time that as men, we take a stand against it.

The comments might be worse than anything we have heard from Donald Trump yet. They are a startling perpetuation of rape culture in America. Casting broad racist nets to describe Mexicans or Muslims was bad enough. But this? This was particularly sinister. This wasn’t a joke. This wasn’t an 18 year old at a frat party. This wasn’t an aloof or thoughtless Facebook post by a college student. This is a man in his 70s who has been in the public eye for decades and who is a major party nominee for President of the United States.

You can’t write these statements off as being a misquote, a mistake, or not politically correct.  You can’t write them off as being “a part of the show.” They are his true, unmitigated thoughts, offered in a moment where he doesn’t think he is being observed or watched. And what they say: women are objects. We as men are inherently entitled to them. We can grab them, touch them, rape them, and it’s ok. Because we are guys.

Rape culture is real. If you are new to the concept, it is basically the idea that as a society, we have allowed sexism and misogyny to become so intrinsic and prevalent that rape, although a word that carries a negative connotation, is normal and basically acceptable. We saw it most recently- and famously- when ex-Stanford University swimmer Brock Turner was released from prison after only three months after being convicted of rape. You might have even sung along gleefully to the hit 2013 song “Blurred Lines” by Robin Thicke (well, we’re not exactly sure who wrote it), where the singer is actually saying that despite the blurred lines of consent, he knows she wants it.

Rape culture is not okay. Our treatment of women in America is not okay. And it’s not only hurting women. Which, it undoubtedly is. It is hurting all of us. It is time that we stood up for our mothers, our sisters, our daughters, our best friends, our wives, our girlfriends, by saying that you are not objects. You are equals.

We need to forcefully and resoundingly end this culture in America. And we can start by dumping Trump.