Donald Trump to America: 'The American Dream is Dead' 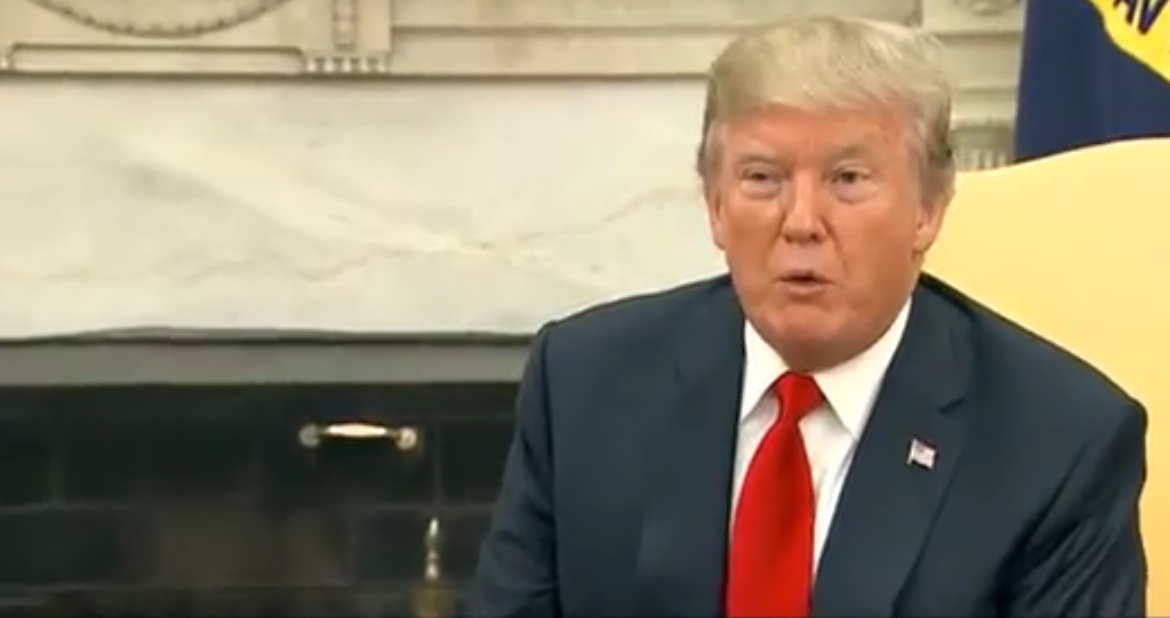 During a press conference Wednesday in which Mr. Trump was addressing pool reporters regarding his administration’s stance on nuclear proliferation, Donald Trump denied, and attacked NBC News for reports that he desired to grow America’s nuclear stockpile by tenfold. He then used the opportunity to express disgust for the freedom of the press.

“It’s frankly disgusting how the press is able to write whatever they want to write,” Trump said, after calling the reports “fake news.”

It’s not the first time Mr. Trump has expressed disdain for rights espoused by the First Amendment, most recently criticizing NFL star Colin Kaepernick for kneeling during the Star-Spangled Banner, which the football player said was in peaceful protest of civil rights injustices against African Americans.

The First Amendment of the United States Constitution gives Americans the right to circulate opinions in print without censorship by the government, along with the freedom of speech, freedom of assembly, and to petition the government for a redress of grievances.

Critics of Mr. Trump have expressed concern for some time that he does not value or take seriously the First Amendment, with scholars and academics frequently pointing out (long before Mr. Trump even took office) that the freedom of speech, press, and assembly are fundamental to a democracy, which requires on these core tenants to survive. Without them, experts say, democratic nations are bound for theocracy or authoritarianism.