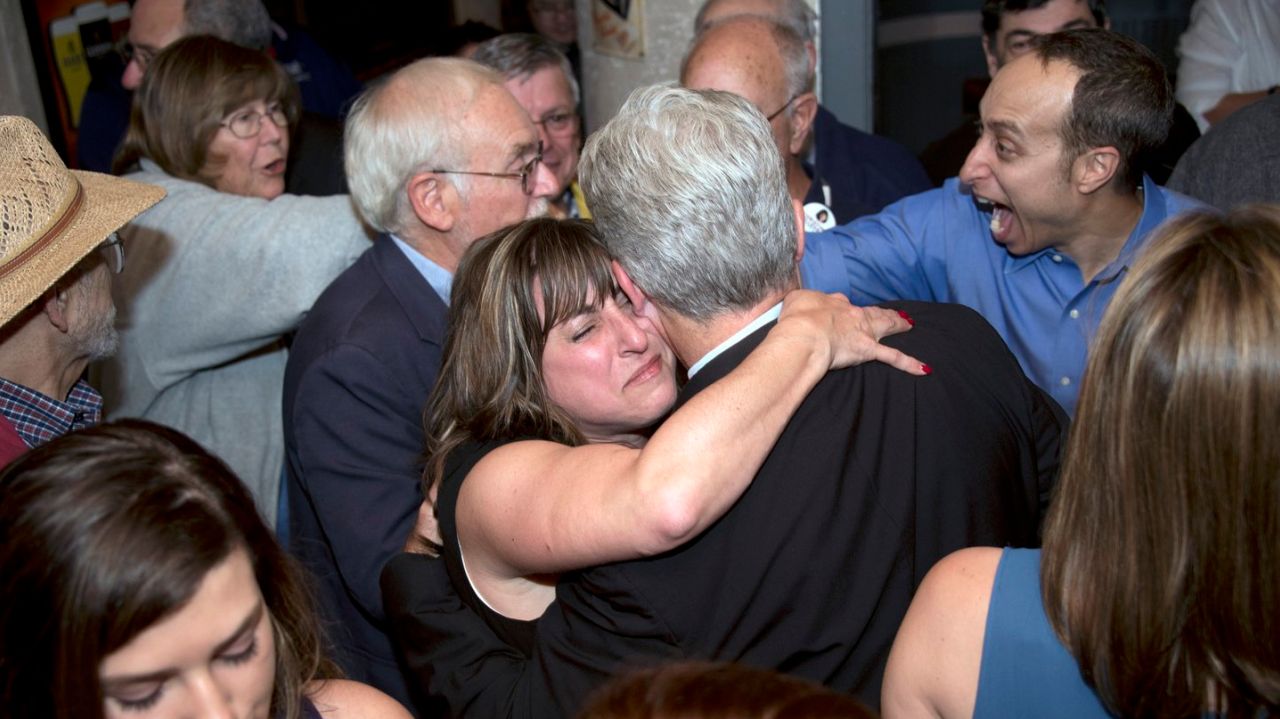 Just hours after Edie Desmarais was declared the first Democrat to win a seat for the New Hampshire House of Representatives in her home district of Wolfeboro (flipping a previously GOP-controlled district blue), citizens counting themselves among the “resistance” movement have even more reason to celebrate. In what is being called an “upset,” Democrat Christine Pellegrino has apparently narrowly defeated her Republican opponent Thomas Gargiulo for a seat in the New York State Assembly out of her home district in Long Island.

Pellegrino’s win means that the first two victors in down-ticket races aiming to flip legislatures from red to blue are women.

The Long Island district won by Pellegrino, a former Bernie Sanders delegate to the Democratic National Convention during the 2016 presidential election, was won by Trump in that election by a crushing 23%.  The victory signals that onslaught of protests, town hall meetings, phone calls, and letters-to-the-editor around the nation may be having an effect, though critics will point out that these victories occurred in generally more left-wing states.

Pellegrino served as a delegate for Bernie Sanders at the Democratic National Convention, and is a mother, teacher, and community leader, who as a private citizen would travel to Albany, NY  to try and lobby for educators.

The win serves as the second official down-ticket victory for the “resistance” movement, a term collectively used to represent citizens who are fighting back against what they feel is a troubling outcome to the 2016 presidential election. With the goal of flipping the legislature on the state and federal levels to more progressive and Democratic candidates, the victory is a welcome one. While some high profile special election races have had close calls, and notable races for the U.S. House of Representatives are still forthcoming (on June 20th for Jon Ossoff in Georgia and tomorrow for Rob Quist in Montana).