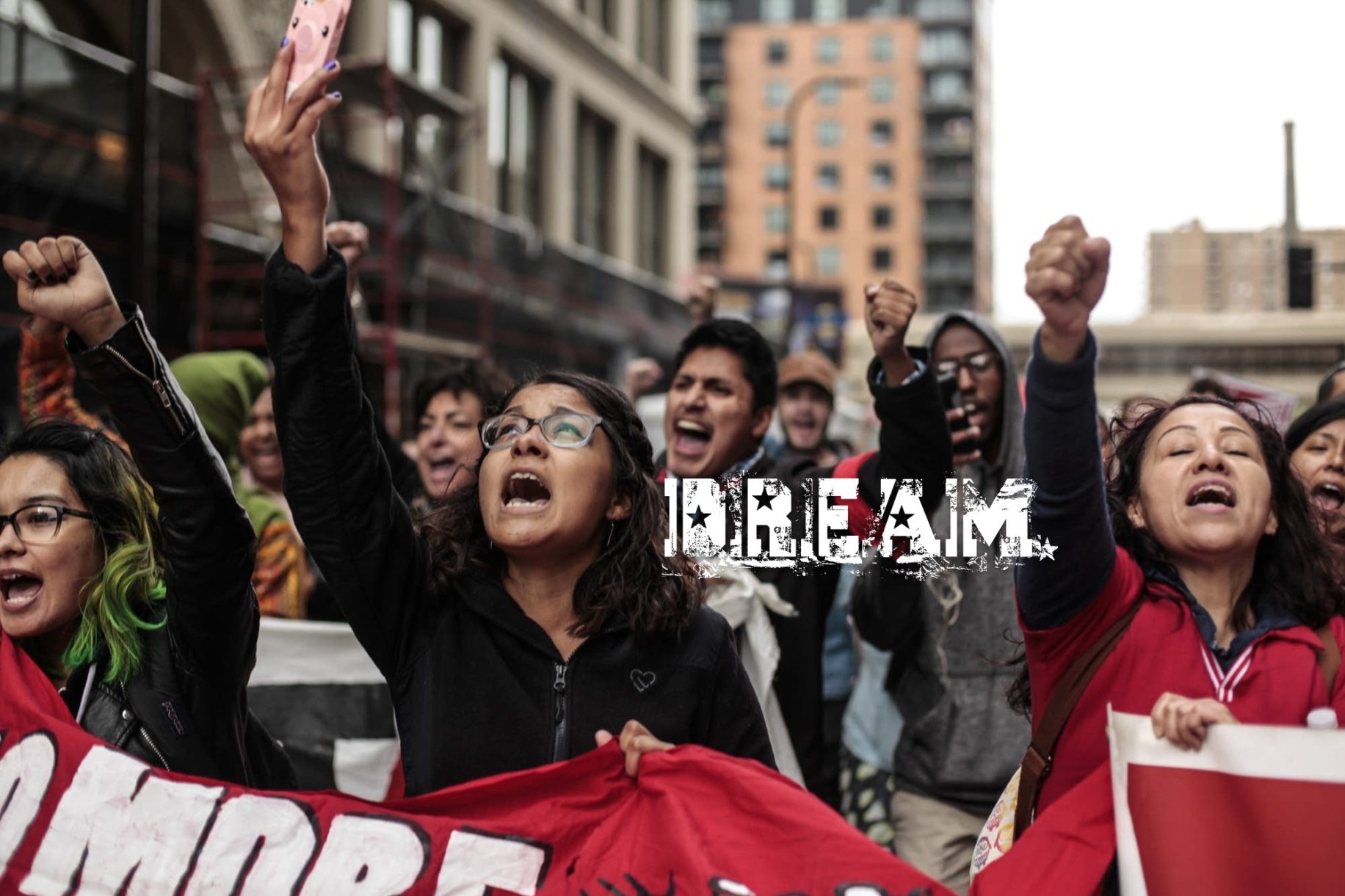 This week, the United States Senate has begun debate on a series of immigration proposals that will directly affect Deferred Action for Childhood Arrival (aka “DACA”) recipients, or as they are more commonly known, the DREAMers.

We are demanding a CLEAN Dream Act.

AS OF 3:20PM ET, Democrat are intending to propose a bill that is unacceptable and caves too greatly to Donald Trump’s racist policies and border wall. This is a clean DREAM PLUS funding for the border wall AND permanent changes to the immigration system that have nothing to do with DACA/Dreamers (and would require DREAMERS to part with their parents in exchange for their own relief).  THIS IS NOT ACCEPTABLE.

How’d We Get Here?

The DREAMers number in the hundreds of thousands, and they are Americans who were brought here as little children through no fault of their own, but for one reason or another, are not documented citizens. They grow up here, pay taxes here, receive educations here, and are a healthy and functioning part of our society. They define America.

In September, Donald Trump unilaterally terminated the DREAMer program that was enacted by President Obama and provided a means for allowing DREAMers a path to citizenship should they meet certain requirements.

Where We’re At Right Now

Now, Congress is tasked with putting forth an immigration bill that handles DREAMers and the debate is happening this week. Unfortunately, the President of the United States is undoubtedly a white supremacist and the House of Representatives is controlled by Republicans who have too-often shared his views or, at the very least, have projected their lack of interest in breaking from party line or from rank.

Trump’s immigration policy is based on four elements he deems necessary.

Per our friends at Indivisible:

“Trump wants to use Dreamers as a bargaining chip to enact drastic, permanent changes to legal immigration. His policies would keep families apart, waste billions of dollars in taxpayer money, and serve his racist vision of who ‘deserves’ to come to America. Call your Democratic Senator and tell them: vote no on changes to legal migration and diversity visas.

WHAT YOU CAN DO

Caller: Hi! My name is [name] and I’m calling from [part of state]. I’m calling today to tell [Senator] that I expect [her / him] to vote no on any immigration legislation that would make changes to legal migration or diversity visas. Protecting Dreamers is crucially important, but we can’t let Trump use them as a bargaining chip for drastic, permanent changes to legal immigration that serve his racist vision of who “deserves” to come to America.

Staffer: Thanks for calling. [Senator] is waiting to see what proposals come to the floor this week before [she / he] decides how to vote; however, [she / he] is very intent on finding a compromise that will permanently protect Dreamers from deportation.

Caller: It’s important to me that we protect Dreamers, too, but Trump wants to impose a family ban and build his ridiculous border wall in return for those protections. We should not have to pick between some immigrant families and others; [Senator] should hold strong against these Republican efforts to undermine our immigration system in service of Trump’s racist policies.

Caller: Hi! My name is [name] and I’m calling from [part of state]. I’m calling today to tell [Senator] to reject making wholesale changes to legal migration or diversity visas in return for protections for Dreamers. Trump’s “four pillars” would completely reshape our legal immigration system, and go far beyond the narrow fix needed to prevent DACA recipients from being deported.

Staffer: Thanks for calling. [Senator] wants to protect Dreamers, but [she / he] thinks it is important that we end the diversity visa lottery and secure our border as part of any deal to protect Dreamers. Taken together, these changes will make our country safer and more economically prosperous.

Caller: Dreamers are not a bargaining chip to be used to advance Trump’s racist policies. Every Congressional leader AND Trump himself supports keeping Dreamers in America because it’s the only home they’ve ever known; Congress must keep the promise that we made to Dreamers when DACA was first started. I ask that [Senator] vote to permanently protect them from deportation and oppose the family ban, more ICE agents, and the border wall.