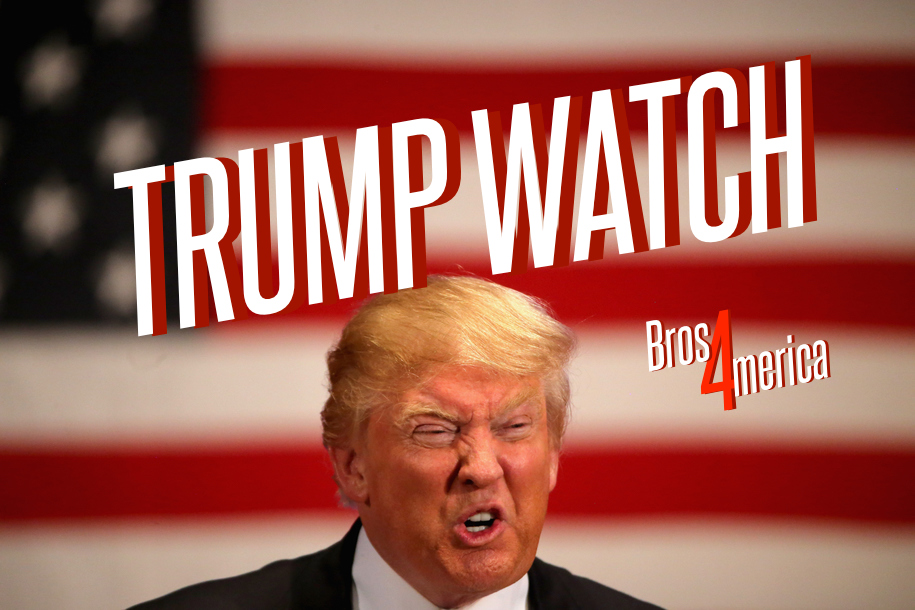 Did something happen regarding Russia? It’s been such a quiet news week so far.

The big story in recent days has been that Donald Trump and the Trump campaign have been under active FBI investigation for potential collusion with Russia to hack the Democratic National Committee and steal e-mails for the purposes of orchestrating a massive misinformation and influence campaign against Hillary Clinton to help Donald into the White House.

Why exactly is the stuff of fodder and the mere suggestion of a hypothesis renders you a crack pot or a lunatic frothing at the mouth by fellow liberals who are quick to normalize Mr. Trump because maybe in some subconscious way they feel validated by being the dissenting voice, and it’s much easier to pick on liberals and journalists working towards a noble goal then it is to turn your ire to those who truly deserve it.

But, as of yesterday, sweet sweet victory:

My colleague Sam Stein at Huffington Post very rightly points out that Clinton World is not ready to let go of their issues with James Comey quite yet, even if his ground-breaking and unprecedented announcement might make him the hero of the hour. Why is that Mr. Comey chose to publicly comment on a bogus investigation into Hillary Clinton, and choose to omit any mention of the ongoing investigation that was being conducted by the Department of Justice against Donald Trump for Russian collusion as FAR BACK AS JULY 2016.

For the record, I have been openly suggesting for months that Trump was aware of the Russian hacking as far back as July 2016, something I was insulted and demeaned for, personally. Here it is:

Insofar as my reputation is concerned, I am surely still a crackpot and lunatic to the alt-right, but that’s okay. The news from the past few days  has been more than heartening.

IN OTHER NEWS, HEALTH CARE IS HARD, Y’ALL

TRUMPCARE is up for a vote in the United States House of Representatives tomorrow, Thursday, and Republican opposition to the bill has sent the GOP into last second attempts to make compromises to prevent an embarrassing defeat on the House floor. Speaker of the House Paul Ryan and Trump, desperate to pass Trumpcare as it was probably the single most significant campaign referendum by Mr. Trump in the months preceding the election (you know, the same months where he may have colluded with the Russian government to hack the election).

YES IT’S TRUE LADIES AND GENTLEMAN: Despite all the blustering and bravado, it does not appear the GOP have the votes right now to pass Trump’s health care bill into law. This has caused some inner-party turmoil with Trump and Republicans being told they will pay the price in the midterm election,”  [HuffPost]

SUPREME…LY SIMPLE TASK FOR SENATE DEMOCRATS: DO NOT CONFIRM GORSUCH TO SCOTUS

The Senate Confirmation hearings for Donald Trump’s nominee to the Supreme Court are upon us, and his choice Neil Gorsuch has already had quite couple days. Not only did Gorsuch open up his testimony with a falsehood (Merrick Garland denier), but he was taken to task by Al Franken today in his second day of hearings.

EVALUATING NEIL GORSUCH’S HEARINGS THUS FAR Trump’s Supreme Court nominee “ducked and dodged like a pro,” all while Senate Minority Leader Chuck Schumer called for a delay in a vote on his nomination for as long as Trump’s campaign remains under investigation by the FBI. [HuffPost]

To be sure though, Senate Democrats have MORE than enough political capital and justification to block Gorsuch. The argument is fairly simple, really:

[THREAD] #GorsuchHearing For the love of God, @SenateDems already have more than enough justification & political capital to block Gorsuch. pic.twitter.com/AFoGbxagsK

In response to horrific reports that North Korea launched a missile this week, the Wall Street Journal has published a must-read expose on the importance of having a credible commander-in-chief. Behold: “A President’s Credibility.”

Finally, our thoughts are with the people of the United Kingdom today. We know your pain all too well and stand with you in solidarity.[/vc_column_text][/vc_column][/vc_row]