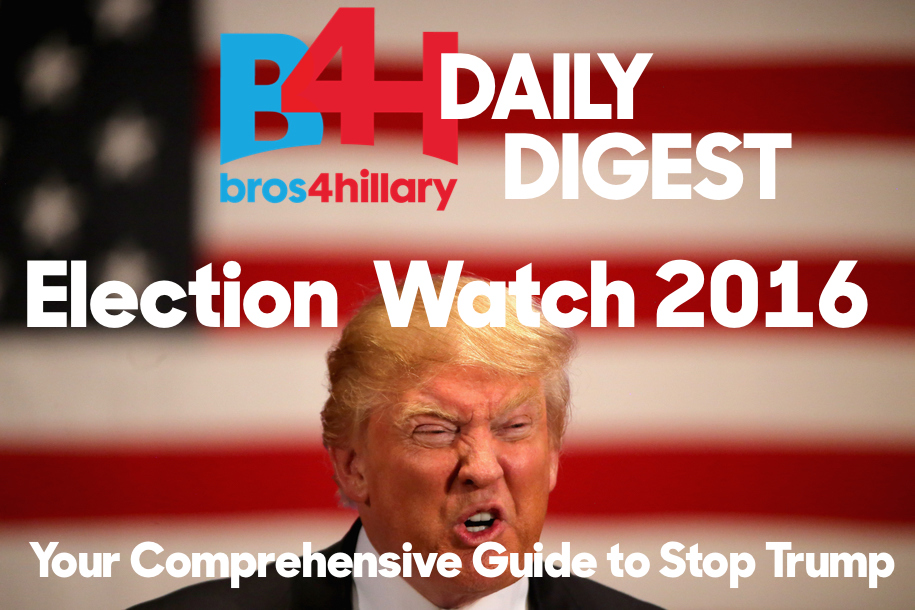 Bros4Hillary is leading a national grassroots effort to #AuditTheVote, #Recount2016, and #FlipTheElectoralCollege. On November 14th we published our Open Letter to the American People explaining why we are leading this effort. The Daily Digest offers you an up-to-date and comprehensive guide to of all the news, information, and resources you need to help.

1. Call Senator Lindsey Graham’s office at (202) 224-5972, push 2 if you get the recording. Tell the staff member “I support Senator Graham’s investigation into Russia’s participation in the election of Donald Trump.”

2. Call the Department of Justice, Voting/Civil Rights Division: 1-800-253-3931. Ext. 5. Tell them you want to make sure the DOJ is investigating any possibility of voter fraud or tampering.

3. Call the House Oversight Committee tell them you support the call for a bipartisan review of Trump’s financials and conflicts of interest. (202) 225-5074.

Alex Mohajer is the political director of Bros4Hillary. You may contact him at alex@bros4hillary.com or tweet him at @alexmohajer.