Bros on the Ground: The Man Behind the Clyde Fitch Report 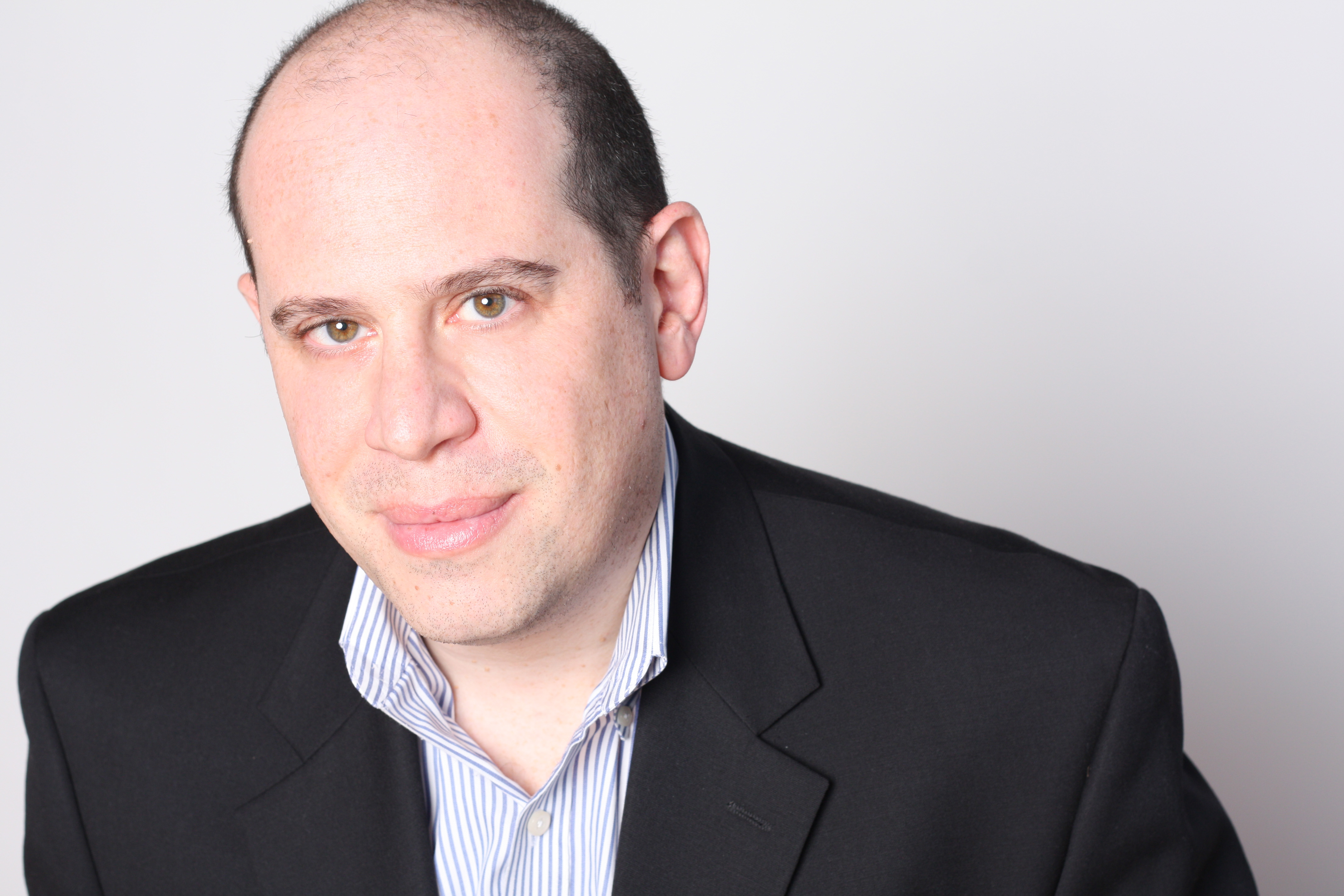 Thinking of joining the #Resist movement?

You might get a disapproving groan from the grave of Clyde Fitch, the namesake for curated opinion site “The Clyde Fitch Report,” but only because you’re over a century late. Fitch, the once-influential American playwright whose work was a staple of the Broadway community before he died in 1909, was at the helm of criticizing the hegemony throughout the turbulent and vastly changing late 19th and early 20th centuries. The playwright served as inspiration for Leonard Jacobs, the New York-based culture journalist and veteran of arts, entertainment, and culture, who founded The Clyde Fitch Report (or “CFR”) in 2007 during yet another time of social and technological upheaval and advancement.

In the decade since it’s inception as a culture blog, and a few years in hiatus before it’s relaunch in 2015, CFR has grown into a skillfully curated, independent reporting and opinion site with a premise that is certainly unique: the nexus of arts and politics. With some revenue and 5 editors overseeing 25 published writers in rotation, CFR is a perfect example of grassroots commentary and criticism, and lead the way long before Donald Trump and “president” were ever considered in the same sentence.

With the marketplace to challenge ideas and debate needing a boost, especially in the aftermath of the 2016 presidential election, CFR promises to be that meeting place for people. We had a chat with Jacobs, who is a faculty member at Baruch College and holds degrees from NYU and Hunter College, about his inspiration and his aspirations for the CFR.

“It’s only a niche if you believe a Venn diagram representing millions of politically active people whose lives are dependent on the US creative economy is a niche. So, to the extent that this niche is a niche, I think it helps.” – Leonard Jacobs, Founder and Executive Editor of The Clyde Fitch Report.

Bros4America Editor-in-Chief Alex Mohajer (B4A): When did you get started? What was the original concept and has it panned out the way you anticipated?

Leonard Jacobs (LJ): The Clyde Fitch Report began as a personal blog—and on a whim. During the ‘00s, I was a national editor at Backstage, and the areas I’d developed expertise in (cultural policy, fiscal impact, real estate, labor relations) all touch on politics. Two years before the Great Recession, journalism and media were clearly changing fast—then our mandate arrived: milk more revenue from the brand (quelle surprise!).

So out the door went much of my reporting, and I quietly began searching for ways to keep my reporting muscles exercised. Though my plate was full, one day I overheard a colleague talking about blogs. I asked what they were, and he told me, and I thought to myself, “Who needs that?” So, in the grand tradition of nonsense that only makes sense later, I went home and clicked on Blogspot and voila! But I had no plan for it, certainly no vision. A month after the 2008 crash, I was laid off, and by then the blog had grown—as it did through 27 months of unemployment, freelancing and job-searching. I’d also landed a peculiar gig on Fox News (from the left!) that raised my profile. Two years later, when an opportunity arose to rebrand it as journalism at the intersection of arts and politics, I “thawed” out The Clyde Fitch Report and we relaunched.

B4A: Tell me a little bit about you growing up. How did you get here?

LJ: I grew up in Queens, New York. I first wanted to be an actor. I spent my 20s writing, directing and producing plays. Concurrently, I had regular gigs as a freelance critic and arts journalist. Yet the idea of journalism was anathema—I didn’t take it seriously till I was past 30. As for what I became, I’d like to think I’m an amalgam of everything I’ve done before. It sounds like BS, but working in the arts is always a nonlinear professional path. It would all be for naught if I didn’t try to bring along at least some of the lessons learned and wisdom acquired.

B4A: What are the biggest challenges to running a site like this?

LJ: Time, money and brain space. Figuring out how to distinguish our voice amidst the media din.

“Barack Obama was the greatest president of my lifetime, but in some ways his presidency was pockmocked with missed opportunities. Didn’t some of us get cocky? Were some of us not lazy? Didn’t some of us assume that our ‘bubble’ reflected the national mood? We misread the tea leaves thinking it was a double Frappuccino.”

B4A: You have a career working in public service, something I know a thing or two about. How do you juggle operating The Clyde Fitch Report with your job?

LJ: Discipline. I never write, edit or otherwise involve myself in stories bearing any relationship to my day work. Delegating is easier said than done, also. It’s fundamental to smooth operations.

B4A: Who is your audience?

LJ: It’s a Venn diagram. In the left circle: sites inviting political engagement for progressives—like DailyKos, for example, with millions of monthly unique visitors. In the right circle: the arts and culture sector. According to Americans for the Arts, it’s a $730 billion industry comprising 4.2% of the nation’s GDP and supporting 4.1 million full-time and full-time-equivalent jobs.

Politics sites and blogs are indispensable, but they chronically ignore the creative economy. It’s short-sighted: surely those 4.1 million full-time and full-time-equivalent job holders have a stake, right? Where the circles of this Venn diagram meet is The Clyde Fitch Report’s audience.

B4A: Have you felt the niche aspect hurts or helps?

It’s only a niche if you believe a Venn diagram representing millions of politically active people whose lives are dependent on the US creative economy is a niche. So, to the extent that this niche is a niche, I think it helps.

The premise of arts meets politics can almost be viewed as intersectional in its own right. Do you worry that the nature of your site is too niche to make an impact? How do you overcome that?

It depends how rigidly compartmentalized is your view of that Venn diagram. For a time, we had a contributor who writes graphic novels. He worried that his work didn’t fit some arbitrary “arts and politics” definition. Then he wrote about Alison Bechdel, Colleen Doran and Alan Moore, discovering in the process that their work all has political dimensions. More and more, we look to engage thought leaders and creative-economy workers to opine on political issues. Not at all to compete with other political sites but to fill the online gap.

We’ll overcome any impression that a nexus of arts and politics is too small, niche or arcane by committing acts of journalism. How else do we overcome ignorance, skepticism and quizzical looks? We’ll also form alliances with smart people like you.

Deal. What are your long-term goals?

For the CFR as a business, that Venn diagram represents a market, and we seek to empower and monetize it. Then there’s the battle over the National Endowment for the Arts. It’s important but, on another level, why must this battle be refought over and over? In other words, American arts advocacy sucks. We need a Million Artist March on Washington, DC. We need Americans for the Arts to organize it—they’re the only group with the respect and wherewithal to execute on that. So, another long-term goal is to get people to understand that merely saving the NEA—or organizing “Arts Advocacy Day” on the Hill once a year—simply won’t cut it anymore. We’re better than this.

My biggest hope for the future is the complete and total destruction of the Republican Party.

Sounds like we are in agreement in terms of immediate hopes. In that vein, what are your thoughts on the 2016 election?

Your article on Why Hillary Lost captures some of them. (Editor’s Note: Check’s in the mail, Jacobs)  She shouldn’t have lost, but she did. I think maybe, sadly, the election of the Orange Manbaby was necessary for the country—maybe now we can meaningfully confront the corruption of our system, the catastrophic loss of all our ideals, the fecklessness and recklessness of the leaders who run (and ruin) our economy. It’s not enough just to demonize the right—although I do believe that treason deserves every appropriate punishment. Let’s also, at the same time, face our complicity in how we got here. Barack Obama was the greatest president of my lifetime, but in some ways his presidency was pockmocked with missed opportunities. Didn’t some of us get cocky? Were some of us not lazy? Didn’t some of us assume that our “bubble” reflected the national mood? We misread the tea leaves thinking it was a double Frappuccino.

I nearly abandoned The Clyde Fitch Report after the election. But I didn’t: If there was ever a moment for journalism at the intersection of arts and politics, isn’t it now? Here I’ll appropriate, out of context and with apologies, Tony Kushner’s majestic final words to Angels in America:

The world only spins forward. We will be citizens. The time has come. Bye now. You are fabulous creatures, each and every one. And I bless you: More Life. The Great Work Begins.