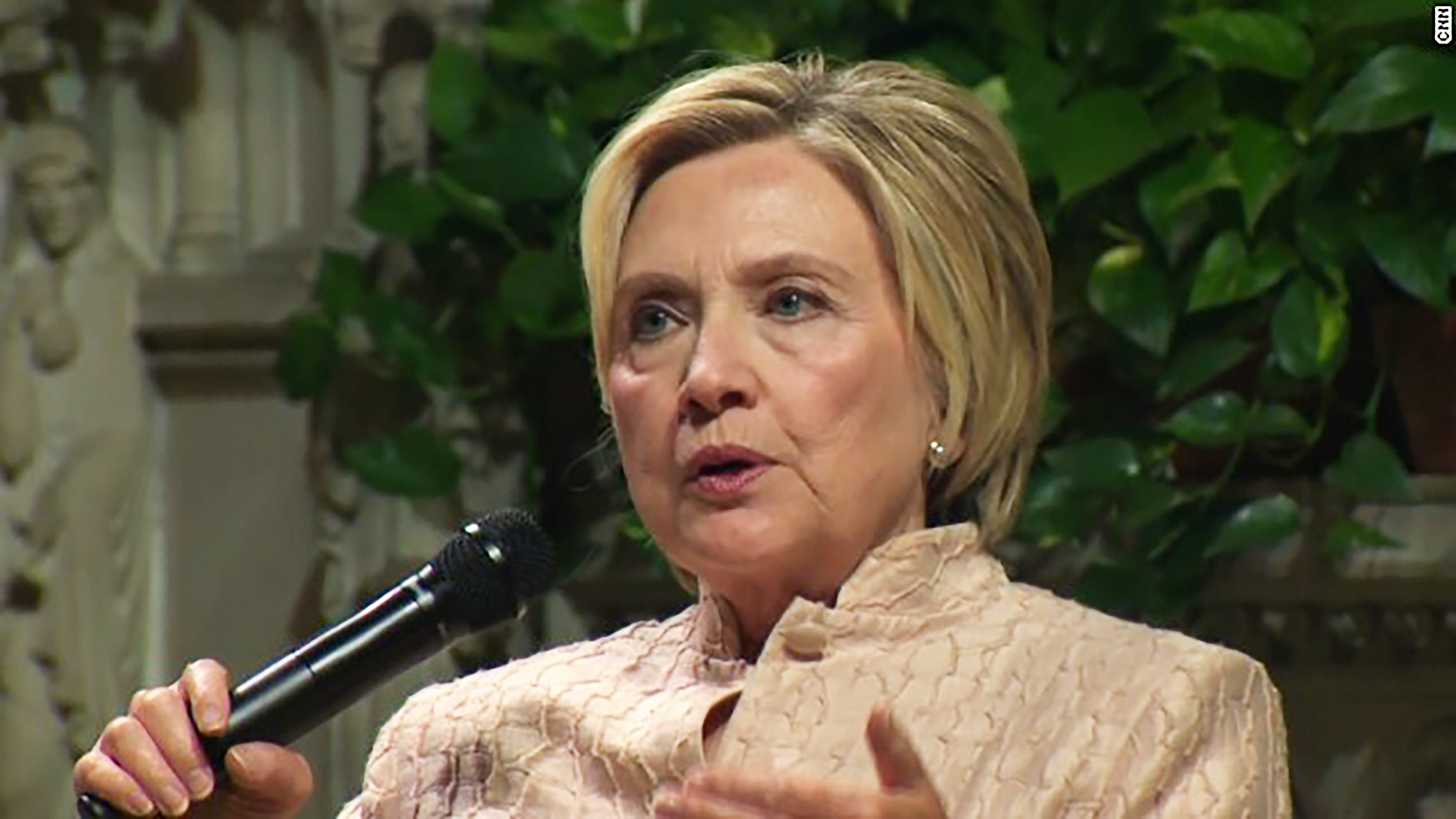 During her appearance at a fundraising benefit for Camp Olmsted on Thursday, former presidential candidate Hillary Clinton recalled in vivid detail the 2016 presidential election aftermath. During the riveting Q&A session, Hillary was asked how she coped with the unexpected results of the election.

In some of her most personal and candid remarks about the election aftermath, and particularly her grieving process, Hillary described the event as “devastating,” and recalled how moments after walking off the stage following her concession speech, she felt the entire weight of the loss on her.

“I couldn’t speak,” Clinton said. “I didn’t have any internal resources left.” Her comments are the most vulnerable she’s made about the election yet, with some social media users calling it “heart-breaking,” but also demonstrate her trademark strength, resilience, and character.

Ending with her trademark sense of humor, Clinton added that she relied heavily on prayer, yoga, and her “fair share of chardonnay.”

The event was also noted for the warm reception Clinton received and gracious introduction by the church’s pastor and long-time Clinton friend. “Sister Hillary, we love you,” he said to uproarious applause from the audience.

“In the past, for reasons I try to explain, I’ve often felt I had to be careful in public, like I was up on a wire without a net. Now I’m letting my guard down,” Clinton writes in her new memoir “What Happened.” The book, which recounts the events and aftermath of the 2016 presidential election and campaign season, is set for release on September 12, 2017 by Simon & Shuster.  You can purchase a copy here.