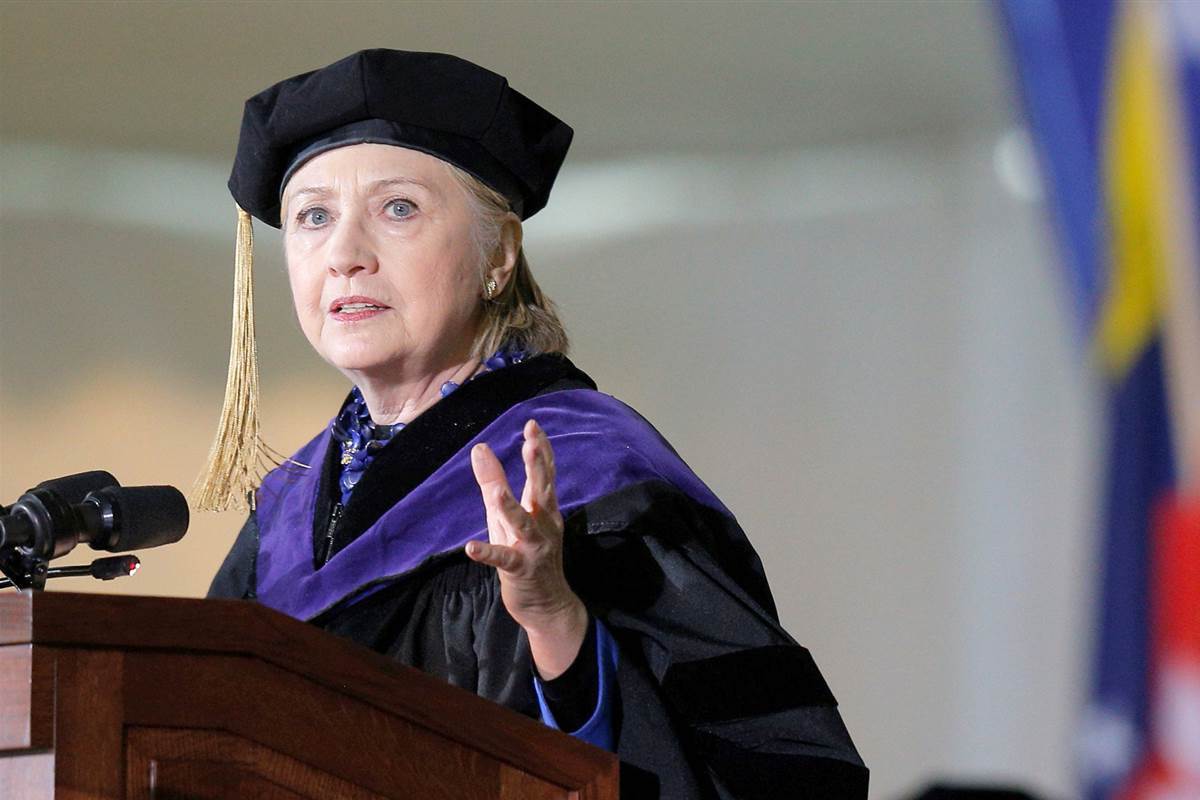 Nearly 50 years after giving the storied, revolutionary student graduation speech at Wellesley College in 1969, Hillary Clinton returned to her alma mater on Friday to once again address graduates at their commencement, this time as the first female major-party nominee for President of the United States and the winner of the nation’s popular vote.

In the hotly anticipated remarks, Clinton offered a fiery indictment of the status quo and of her formal rival, Donald Trump, comparing him to Richard Nixon and proving yet again that she is as fiery and inspirational at 69 as she was at 21.

The speech was poignant, personal, at times funny, and deeply evocative. She spoke with ease and wisdom about the current state of politics, about the misinformation campaign, online troll phenomenon, and the great need for unity and for resistance.

Her most fiery comments came for Donald Trump. This organization has made a point to not refuse using the title “president” preceding his name in any official correspondence or writing. Comparing the graduates of today with her graduating class during the Nixon era, Clinton said, “and by the way, we were furious about the past presidential election of a man whose presidency would eventually end in disgrace and impeachment for obstruction of justice. After firing the person running the investigation into him at the Department of Justice. But here’s what I want you to know: we got through that tumultuous time. And once again we began to thrive again.”

Her full remarks are below:

The speech was poignant in its own right because of how her detractors seemingly succeeded in recent years in their goal of branding her an establishment shill, owned by corporate entities and corrupt. The reality is that Hillary Clinton has been a firebrand and a revolutionary since she was just a kid. It’s amazing that some hold such contrary views of this woman, the first student speaker at Wellesley College, who at just 21 years old had the guts to call out and rebut a sitting Senator in her graduation speech. This is a woman who was courageous enough to vie to become the first female president, and succeeded in becoming the first major-party nominee for president (and subsequently WIN the country’s popular vote).

Hillary Clinton IS the revolution. We just haven’t been paying attention.

Even down to her courage in facing the crowds at Trump’s inauguration, or of giving the commencement address as a private citizen, when it should have been a presidential address of a trail-blazing first American president, Hillary Clinton consistently displays valor and gravitas that is rare in American politics.

If you want a dose of Hillary’s monumental 1969 Wellesley College commencement speech, check out the following clip:

And just for fun: