Chants From The Women's March 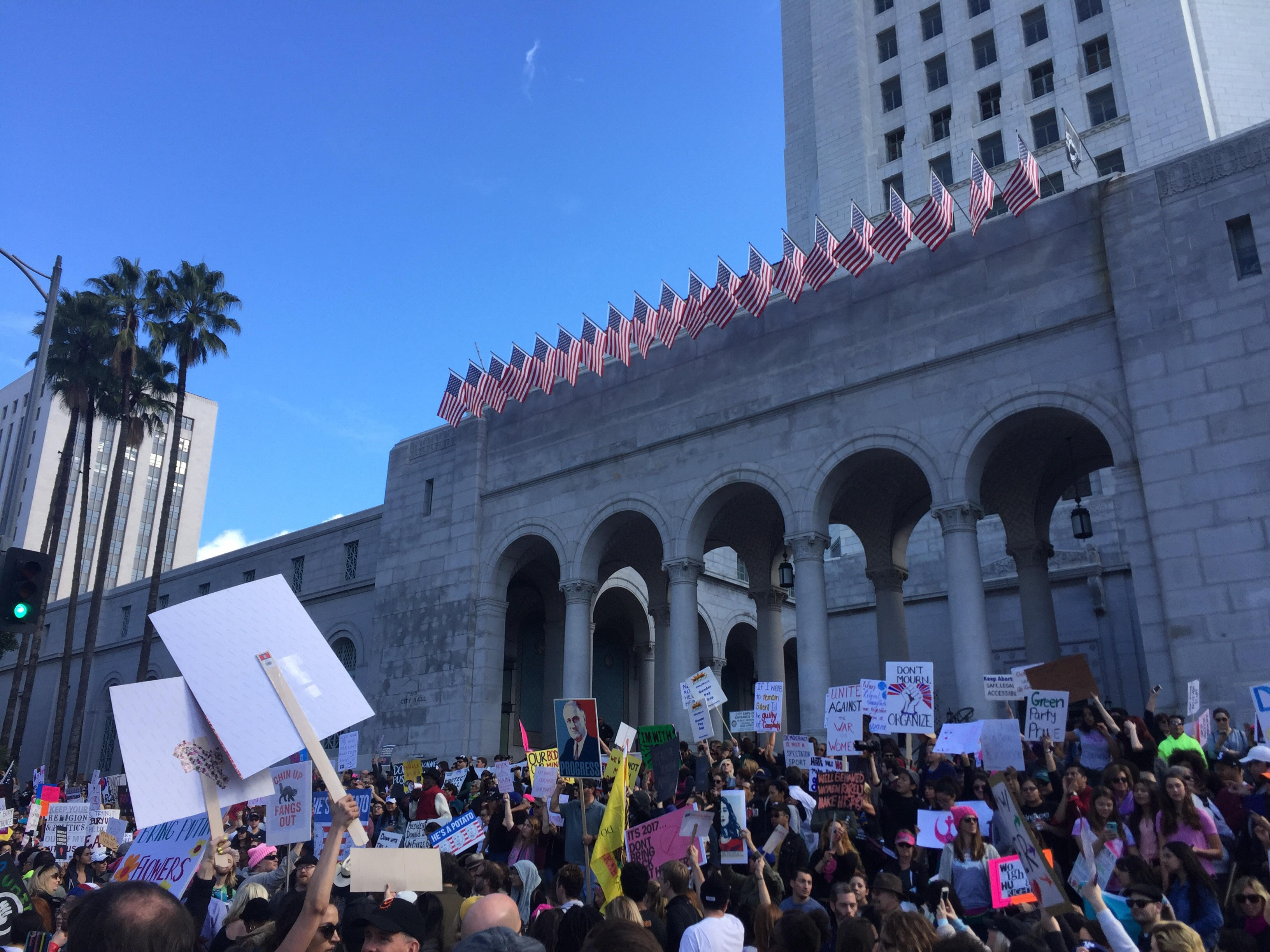 An Account Of A Beautiful Day of Strength And Grace

Exactly one week ago, I attended the Women’s March in Los Angeles. It was an incredible, beautiful demonstration of strength and grace. I experienced peace, determination, clarity and unity. 750,000 to a million people were estimated to have been in attendance in LA. That’s just in Los Angeles. There were marches in Chicago, D.C., New York, and on all seven continents, across the globe.

Millions of people stood up and made their voices heard. These are the chants that stayed with me. Here is what I heard:

“NO FEAR, NO HATE, LOVE’S WHAT MAKES AMERICA GREAT!”

At the March, there was an overwhelming feeling of positivity, in spite of the March being held primarily in opposition to a man and his principles. Every person was in great spirits, respectful, kind, loving. I witnessed meaningful conversations amongst strangers. Laughter, smiles, joy. Most of the signs I saw were about creating connection, inclusion. The word “LOVE” was commonplace everywhere. It was clear that this March was intended to be a stepping stone to healing, built on a foundation of LOVE.

One of the chants that brought tears to my eyes rose up organically in the crowd that I was marching with. A group of women chanted “My body! My choice!” for about 30 seconds, and I could tell the men in the crowd (by the way there were many men at this March!) wanted some way to be supportive, but, of course, it isn’t their body. So the chant evolved into a call and response lead by women.

The women chanted, “My body! My choice!” The men then responded “Her body! Her choice!” This type of cooperation, support, and respect amongst men and women, with men listening, organizing and showing up for and with women, is truly the way the forward. We are allies in the path towards a better future for every being.

“SAY IT LOUD, SAY IT CLEAR: IMMIGRANTS ARE WELCOME HERE!”

I think it’s important to note that in my experience of the Los Angeles March, there was no one type of person in majority. Every race, gender, creed, age was represented (Side note: the children! It was filled with children! So incredible to witness a new generation being made aware of how to peaceably protest and participate in their democracy!) And with this diversity of peoples came a representation of a diversity of challenges presented by Trump’s administration, including Trump’s insistence on the forceful removal of our friends and neighbors who are undocumented immigrants. This chant, shouted in vehement unison, showed that we are united in our protection of our brothers and sisters, and that love exists between all women, regardless of race or citizenship status.

I crumbled as I listened as thousands of people of all races shouted together, “Black Lives Matter!!!” This recognition of a sister-struggle and all of its implications was palpably powerful. I watched the faces of the African American marchers standing by me as they received this message: WE HEAR YOU. WE STAND WITH YOU. There was no call for “All Lives Matter” or “Blue Lives Matter” because that is IMPLIED. We, the warriors for peace, stand for the respect, equality, and protection of ALL BEINGS, and we can hold space for one struggle without negating another. This was clearly evident at this March. WE ARE ALL IN THIS TOGETHER.

“THE PEOPLE UNITED WILL NEVER BE DIVIDED!”

This chant rang through the day, and it rang true in my heart. We are united in this moment. We have momentum. We are engaged and fired up! SO NOW WHAT? What happens from here? We’ve established this unity, and this momentum, how can we create real change from this demonstration?

Luckily, the Women’s March on Washington already answered my question.

Whether you joined the March in person, in spirit, or missed it all together, we are all called to MARCH FORWARD from here and create REAL CHANGE. I challenge you, if you’re reading this, to check out the Women’s March 100 Days Campaign and actualize every one of these actions!

We are the ones. Now is the time.