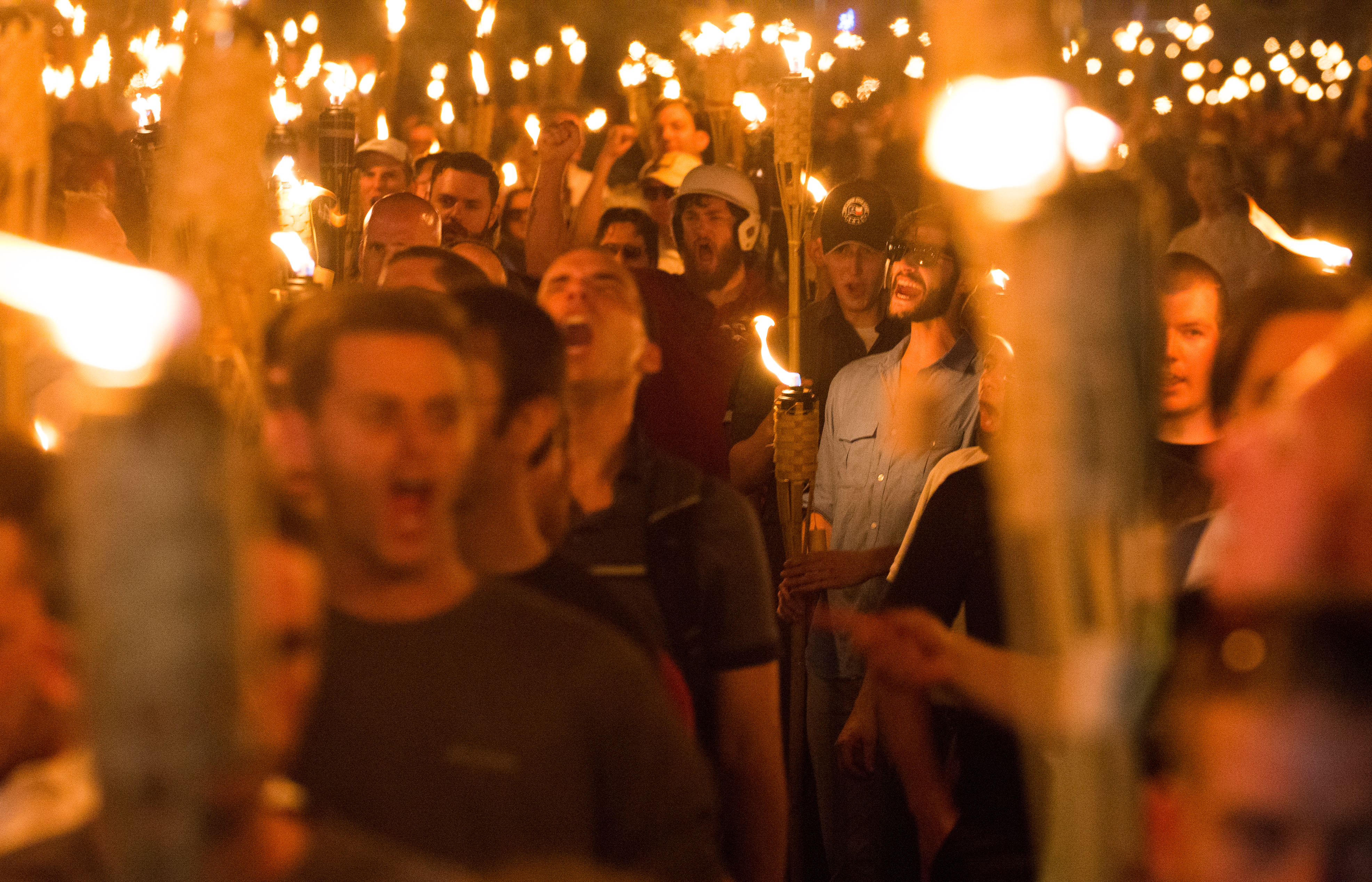 Editor’s Note: Sunday August 13, 2017 – Bros4America is hosting a solidarity rally in Los Angeles today at 2:00pm PST at LA City Hall to show our support for the people of Charlottesville and to denounce bigotry, white nationalism, racism, and violence. Please join us. RSVP on Facebook or at Indivisible.  -AM

We want you all to look at these images. Burn them into your memory. This is a part of America, though many deny that reality. These people, for reasons that should be obvious, have recently felt emboldened…their mantra has been given new life.

They chant “white power” and adopt a Nazi salute. To them, skin color preordains supremacy.

For every Anglo Protestant who feels there is a war on Christmas…for every fair-skinned person who scoffs at affirmative action…there is a true battle you’ll never understand.

Look at these images. Racism is real. This weekend in Virginia; right now in our world.

By now, the world has seen the shocking images coming out of the city of Charlottesville, Virginia over the weekend, where at least three people have been killed after a white nationalist rally became violent.

A white nationalist rally. You read that right. And no, you’re not dreaming. It is 2018. This is America.

We believe that Donald Trump both incited the passions of and legitimized the growing white nativist protectionist movement called the “alt-right” during his presidential campaign. Once relegated to the far corners of the internet, this movement was suddenly launched into the mainstream and given a platform when this president, who we believe was illegitimately elected, assumed office. It is therefore more crucial than ever that we raise our voices against this insurgency of hatred and bigotry.

Bros4America stands with Indivisible, Women’s March, Democracy for America, Working Families Party, Resist Here, Progressive Change Campaign Committee, Million Hoodies, and others coming together in solidarity with the people of Charlottesville who put themselves in harms way to fight against white supremacy. Our members in Los Angeles and New York can join rallies we have planned for today, Sunday August 13th. You can review event details and RSVP here for Los Angeles. Or you may search for an Indivisible event in your city.

Finally, for those of you unsure of how to best support the people of Charlottesville, or feel helpless because of your geographical location, consider donating to donating to Southern Poverty Law Center or NAACP.