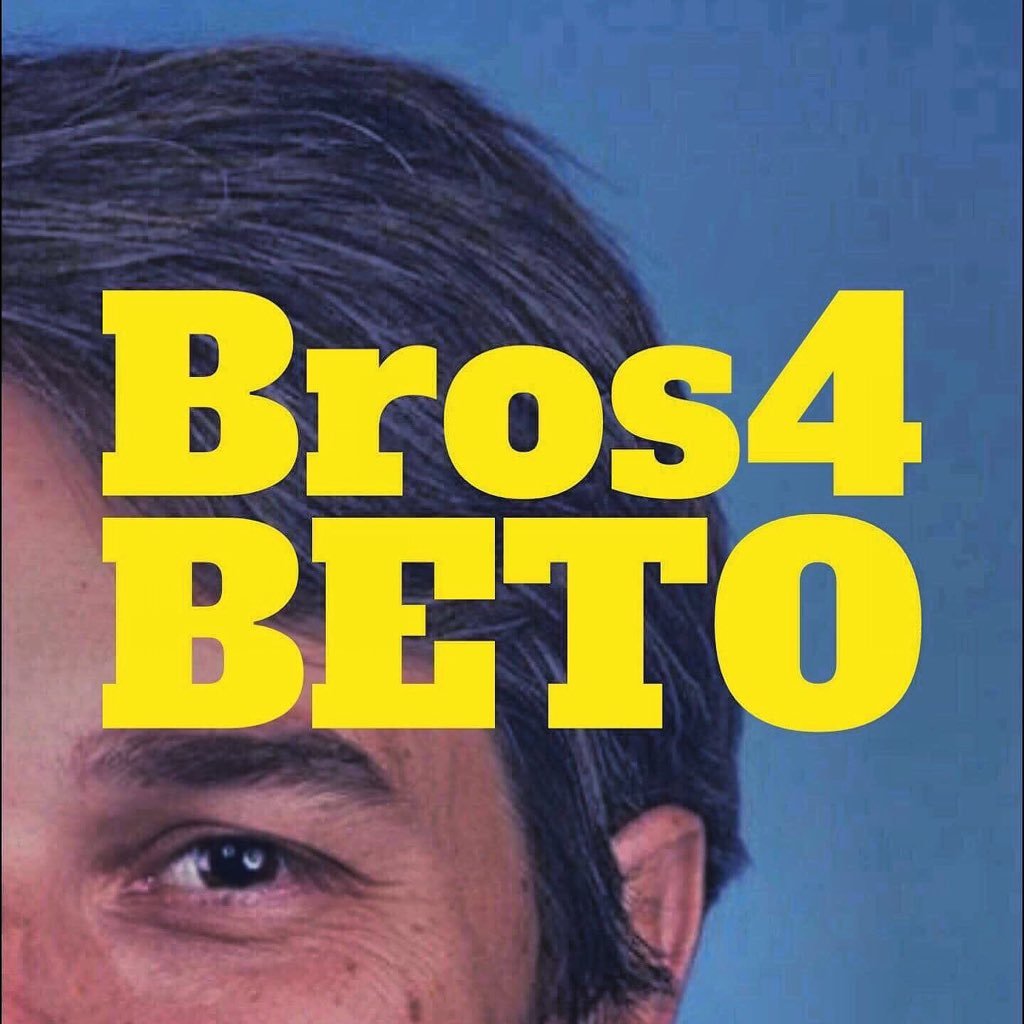 BROS FOR AMERICA, the volunteer-based advocacy and media organization, has announced the launch of their Bros4Beto campaign, which will work to elect Democrat Beto O’Rourke to the United States Senate seat currently held by Senator Ted Cruz (R-Texas) this November. The campaign will be a nationwide effort to eject Cruz and ‘flip Texas blue’ following after a surge of recent victories for progressive and liberal-minded candidates in state legislatures and congressional seats.

Bros4Beto marks the first full-fledged election campaign effort for Bros4America since they worked to elect Hillary Clinton as Bros4Hillary in the 2016 presidential election, for which they gained a following of 50,000 members across multiple platforms and national media attention. Daniel Fusselman, who is a co-host on the Bros4America Podcast and served previously as the group’s Director of Social Media, has been promoted to Campaigns Manager, and will oversee general operations of the Bros4Beto campaign.

As their campaign strategy, expect the Bro to use time-tested and true tactics.

For example, As Bros4Hillary, the group organized a massive voter outreach campaign, a social media and meme campaign, produced original campaign PSAs for digital distribution, launched a national call-team that ended the campaign season in the Top 10 of all call teams nationally, and ultimately partnered with the Hillary for America digital marketing team to create branded messaging, communicating directly with staff to coordinate post-debate themes and commentary.

The group says that despite Clinton’s loss, their efforts were massively successful.

“We helped our candidate earn more than 3 million more votes than her opponent,” said Bros4America Co-Founder and Executive Director Alex Mohajer. “Indeed, we helped her win more votes than any other presidential candidate in American history, second only to Barack Obama, whose 2012 she tied.”

“If you insist on calling it a loss,” said Mohajer, a political writer and commentator whose work has been highly critical of Donald Trump and the legitimacy of the 2016 presidential election. “Bros4America was created as a result of and a response to the interventionist forces in 2016, and one of the ways we avenge those wrongs and correct them is by electing liberal progressive candidates up and down ticket.”

Fusselman, a resident of Boise, Idaho, has already begun assembling a team, many of whom are Bros4Hillary veterans. The group has already pulled together nearly a 1,000 members on Facebook. And in the coming days, will begin work expanding an Instagram and Twitter presence.

Interested in helping? Donate to Bros4America via our donation page or on PayPal. You may also join the Bros4Beto team by e-mailing us at info@bros4america.com with the subject line ‘Bros4Beto.’ You can learn more about Bros4America and our executive team here.

The original Bros4Hillary (Bros4America) support group is still alive and kicking with 15,000 members. Bros4Hillary was founded by Rance Collins and Nelson Melegrito with Alex Mohajer, Thomas McAbee, Matt Garrett, and Daniel Fusselman. The effort has spun off into an Apple News channel, and a podcast.