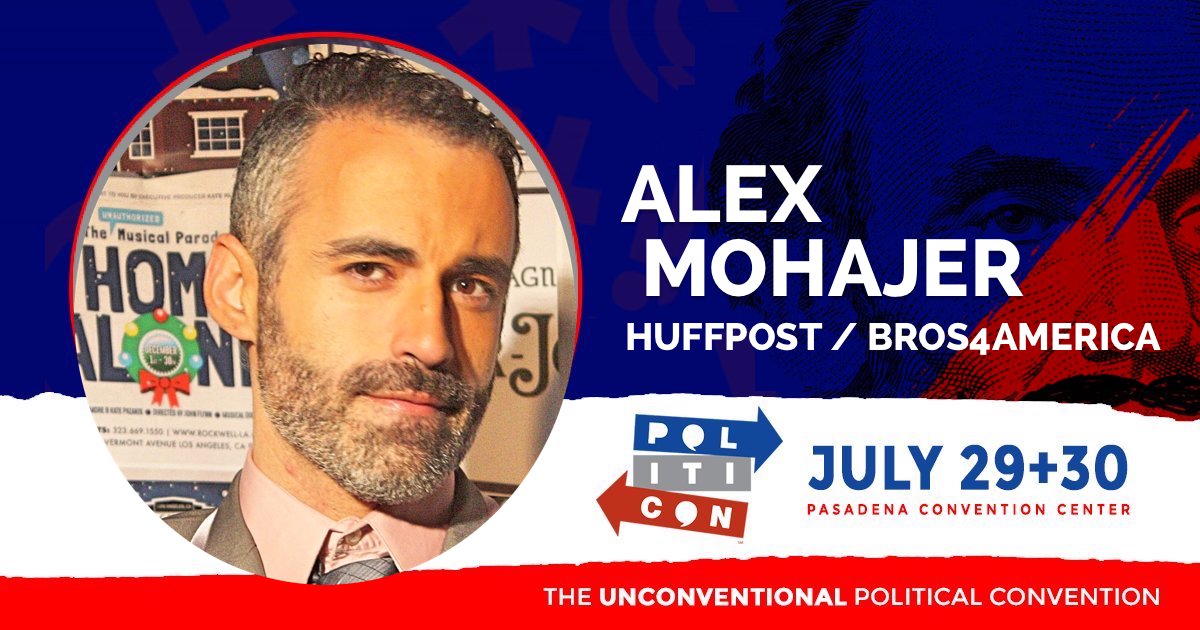 Alex Mohajer, the Co-Founder of political advocacy organization Bros4America and a controversial political commentator for HuffPost has been invited to join the impressive roster of speakers at at this year’s Politicon, the notorious politics convention being called “the political event of the year” in Los Angeles on July 29th and 30th.

Mohajer will be speaking on a panel about LGBTQ Rights in the age of Trump on Saturday July 29th at the Equality Hall from 5:00pm – 6:00pm and will be joined by singer-songwriter and former North Carolina congressional candidate, Clay Aiken.

The invitation to speak at the event is just another accomplishment for Bros4America and for Mohajer who so far this year been named one of America’s 100 Most Eligible Bachelors, was named one of UC Berkeley’s alumni of the year, and was honored by the US Academy of Veteran’s at the Veterans of All Nations Gala 2017.

Earlier this year, Mohajer was called a “Democratic political operative” and a “crackpot” by Tucker Carlson live on-air on his primetime Fox News program “Tucker Carlson Tonight.” Carlson was left stunned after Mohajer called him a racist, and then for having suggested that the Trump campaign was under federal investigation for potentially colluding with the Russians to engage in acts of cyber warfare against Americans.

You may check out Alex’s portfolio as a Muck Rack verified journalists here: www.muckrack.com/alexmohajer.