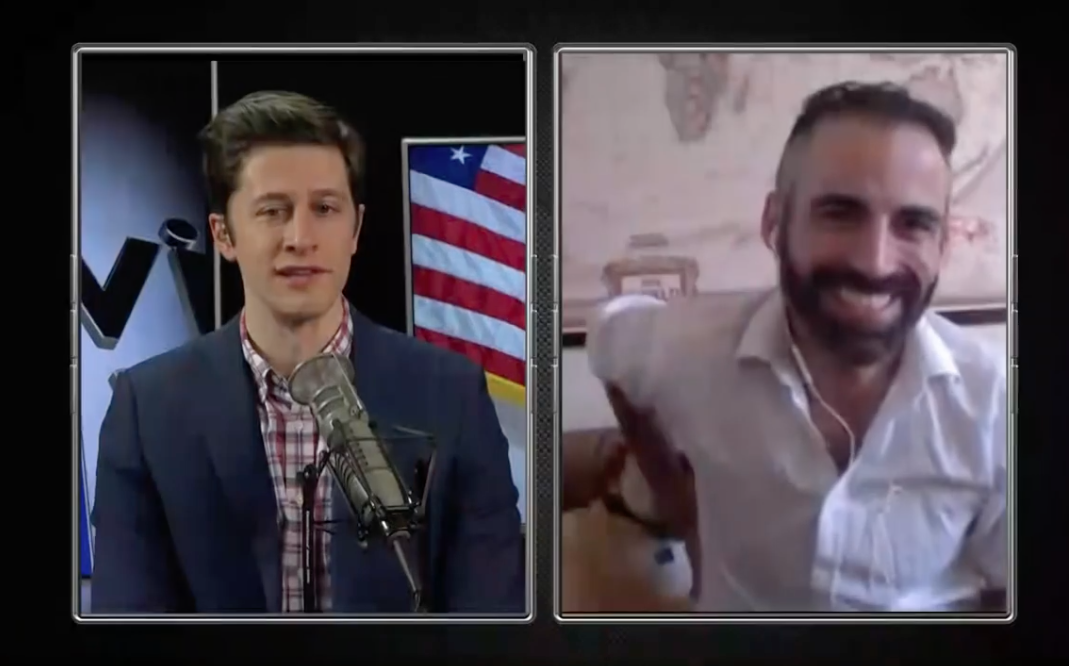 [vc_row][vc_column css_animation=”none”][vc_column_text]Following his explosive interview with Tucker Carlson on FOX News, Bros4America Co-Founder Alex Mohajer joined host David Pakman on “The David Pakman Show” to discuss his now-infamous exchange with Carlson, as well as his controversial Huffington Post article that landed him there to begin with. “The Legitimate President,” which was shared hundreds of thousands of times on Huffington Post has officially put him on the Alt-Right’s hit list. This must-watch interview helps clears the air and confusion.