Bros on the Ground: David Black 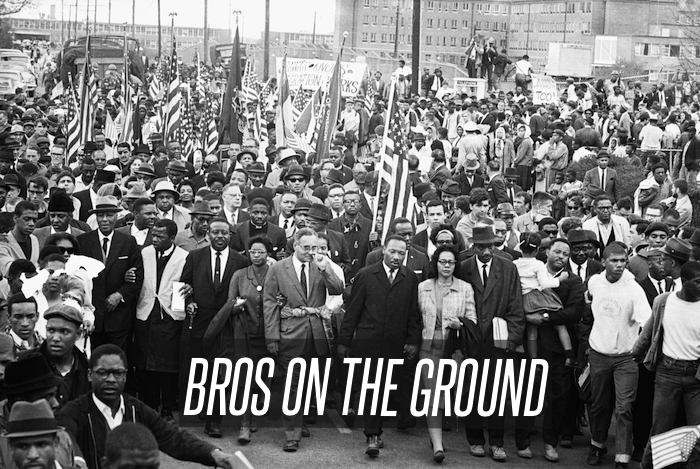 Bros4America member David Black hails from the great state of Virginia and is one of many Bros4America members who traveled to Washington D.C. yesterday to march in the historic Women’s March. The event was a massive success thanks to women and allies across the globe who ended up turning out larger numbers than Donald Trump’s inauguration on all seven continents.

Black is a senior in college majoring in Mass Media with a concentration in Cinema, wants to work in the film industry and has already completed impressive internships with media companies in Los Angeles. He graduates in May.

He chose to march in Washington because he has been a serious Hillary Clinton supporter since middle school. “It was 10 years ago that I found myself supporting Secretary Clinton’s first campaign for the White House when she ran against President Obama,” Brown said in an interview with Bros4America.

A view from a march. Bros4America member David Black shot this panoramic while protesting the Trump Administration at the Women’s March on Washington D.C. on January 21, 2017.

“I was initially spurred by my father’s fond recollections of Bill Clinton’s presidency in the 90s but found further motivation as I conducted more and more research on Hillary and her life. I was drawn to her lifelong advocacy for children and women. I was impressed by her many accomplishments spent in service to the public. And I was inspired by her resolve to persevere against continual attacks and assaults perpetrated by those who felt threatened by her.”

Check out this video David took live from the Women’s March, D.C.

After Secretary Clinton lost the 2008 primary, Black didn’t feel that Clinton would put herself the abusive election process again, something Mrs. Clinton joked about in an outtake for her campaign announcement video. “You think I’m crazy?” she chortled in an outtake, “I am!”

After she announced, Black did all he could to dedicate his time to the campaign. “I have yet to lose heart,” he says about the election outcome. “I am more emboldened than ever to carry the torch on for Hillary and keep up the fight that she dedicated so much of her life to.

More of David’s pics from the event here:

Bros on the Ground puts the spotlight on Bros4America members who are making an impact on the ground. Whether getting involved in their local communities, putting out an important message, or running for office, these are the people that are out there making an impact. Want to nominate a B4A member who you feel is making an impact? Nominate them, or submit your own story here:

Alex Mohajer is the Co-Founder of Bros4America. You may tweet him @alexmohajer.