Congresswoman-elect Karen Handel is a Bigot 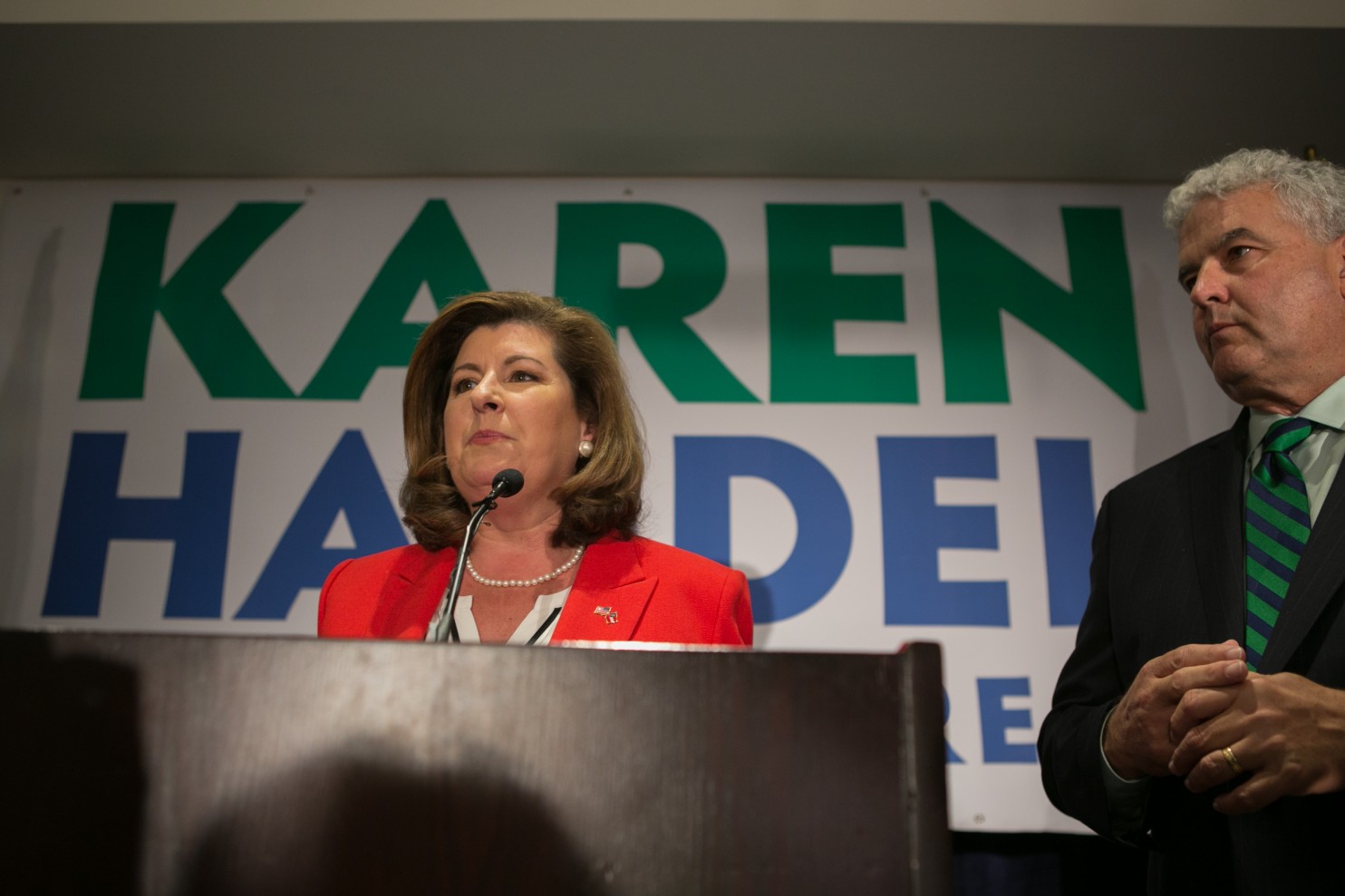 UPDATE #4: Tuesday June 20, 2017 at 10:00 p.m. PST – Jon Ossoff has lost in a narrow defeat to Republican challenger Karen Handel in a special election for a congressional seat left vacant by Trump appointee Tom Price earlier this year. Ossoff ran an excellent campaign and deserves not only our respect, but a nod of support towards his future endeavors. It should be noted that Handel has made openly bigoted statements about the LGBTQIA community, against which Bros4America has vowed to defend.

Just In: Karen Handel is a Bigot.

More importantly, the narrative being peddled by a very nervous Republican establishment about Ossoff’s loss despite his supposedly enormous financial backing is a work of pure myth: According to the Federal Elections Commission, Handel out-raised Ossoff by MORE than 2 to 1, and to etch out a narrow victory in a GOP-controlled district since the 1970s.

Losing sucks, but stay #woke. The tides of change are already in motion, and it was our work here in this district that will get things moving, to make America great again.

UPDATE #3: Tuesday June 20, 2017 at 8:30 a.m. — Today is Special Election Day! Special Election Day is here in Georgia and South Carolina. If you’re in South Carolina’s 5th Congressional District, don’t forget to get out there today and send Archie Parnell to Congress. He deserves it. Residents of Georgia’s 6th Congressional District should get out there and #VoteYourOssoff for Jon Ossoff and flip this traditionally GOP-controlled seat blue. Let’s send a message to Donald Trump. Phone bankers interested in helping out with last second calls, you are needed the updated links are below. We need folks talking with voters to get them to the polls, which are now open! Asking questions like when they plan to vote and how they plan to get there allows them to see issues in advance and makes them much more likely to vote!

Please don’t leave messages, don’t engage with Handel supporters, and if supporters have issues that you cannot answer, give them the number of the Ossoff campaign’s Ride to the Polls / Other Voter Issues Hotline: 470-231-7940.

Special Note: If persons show up to vote before 7pm they should be allowed to vote, if not have them contact the Hotline Number.

PREVIOUSLY: Bros4America is going to make calls for Jon Ossoff. We are working exclusively with the Jon Ossoff for Congress campaign in Georgia’s 6th district to provide phone-banking opportunities to our members. In 2016, Bros4America (then Bros4Hillary) finished in the Top 10 Call Teams Nationwide for calls made on behalf of Secretary Clinton’s presidential campaign. Bros4Hillary Call Team members– or new members seeking to get involved but might not have any money to donate or are not physically located in Georgia– will find phone-banking easy, fun, and VERY important,

Ossoff is in a dead-heat with Republican challenger Karen Handel to flip a GOP-controlled seat in the U.S. House of Representatives, left vacant earlier this year by Tom Price, the U.S. Health and Human Services Secretary.

2018 will be crucial if Democrats want any hope of impeaching Donald Trump in advance of the 2020 elections.