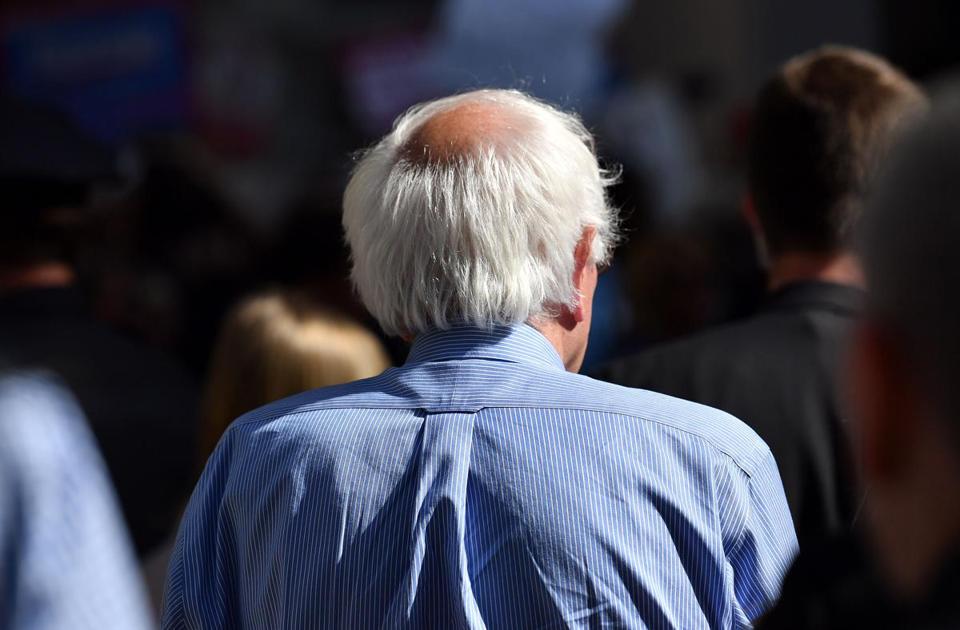 The end of Sanders’ interlude with the Democratic Party is long-overdue.

No one can say we didn’t try. Hillary Clinton incorporated his ideas into her policies. Tom Perez took him on a Unity Tour. But, clearly, cooperation and unity don’t hold much interest for Bernie Sanders.

He’s like that cantankerous drunk uncle that you keep inviting to family holidays, who, after running your guests off one by one, slumps in his chair, bitterly mumbling incoherence until someone finally drives his crotchety ass home. It’s time to go home, Bernie.

The Democratic Party is the front-line of defense against the global crisis created by Trump and the GOP. We are the core of the Resistance. Attempts at division are a distraction, or, even worse, a concerted attempt to weaken. Given what we face, that is unconscionable and we’re done with it.

While it is long overdue for Bernie’s interlude with the Democratic Party to end, it has not been an experience without value. Like most failed relationships, there are insights to be gleaned and damages to be repaired. Primarily, how Democrats can reach the audience that Bernie resonated with, and cultivate that energy into productive political activism.

Both Trump and Bernie appealed to individuals on an emotional level. They both decried their supporters to be part of a ‘movement.’ They utilized the excitement and group psychology of rallies, liberally peppered with personal outrage, and, most importantly, blame. The fact that they were running on opposite ends of the political spectrum mattered little, the Democrats drew the ire of both, simultaneously being too progressive and not progressive enough.

Now, one would think that since Trump won and the GOP took both chambers of Congress, Bernie’s followers would realize that the strategy of battle must necessarily change, but the ‘brocialist’ camp is still intent on battling within the confines of the Left. As is the usual case with Bernie, he has done nothing to correct their course. This is particularly troubling, because Bernie knows better.

This isn’t exactly the fault of the millennials. [Editor’s Note: The Bros4Hillary are prime example]  They are at the age when personal idealism takes center stage over the pedestrian reality of pragmatic action. We can only imagine what those years would have been like for us, had we come of age with a black President, LGBTQ rights and the boundless potential of social media.

The gravity of what is at stake is not real to them because of the work that we did accomplish. While Bernie busies himself with being the geriatric crowned-prince of a “pure” progressivism of his own definition, we have worked quietly, with diligence, commitment and tenacity to actually achieve progress. What we have wrought without glamour or fame is literally being dismantled. We know what it took to get it and we know easily it can be lost.

So, how do we reach them? How do we prepare them for the fight against the GOP? How do we make them understand that avoiding big swings of the pendulum of US politics is the only way to sustain and build on progress?

For one, we engage with them—we address their concerns, we honor their emotions, and we patiently explain our strategies and goals. This has not been the strong suit of the Democratic Party. We have mistakenly relied on the idea that logical thought will prevail—that thinking people will naturally gravitate to our platform. We can do better. Small group discussions, actively addressing community concerns, encouraging involvement in both the DNC and local politics. And, yes, events, rallies and marches—build on the momentum of the Resistance.

This leads into another issue that Democrats seem to naturally shy away from—optics and branding. Who are the core Democrats? How is the Democratic base represented in the public sphere? Who are the public faces of the party? We are a grab bag of wonks, grassroots activists and social justice warriors. Statistically, the base is largely middle-age females and minorities. Many have been actively involved since the Civil Rights movement. Those that choose to run for office or become pundits are our most visible representation. But, it’s a different world now. The millennials were reared on multi-media and the Internet. Berners get that.
The People’s Summit is openly having people submit applications to participate. Why? Because they are handpicking a desired ratio of representation. Pure optics. Consider the careful branding and self-promotion of Linda Sarsour and the organizers of The Women’s March? They are not just activists, they are a living billboard for Bernie progressivism.

Bernie captured the attention of the youth, but he’s really only taught them how to  shadowbox against themselves. Now it’s up to us to bring them on board, teach them how to roll up their sleeves and begin the hard work of change-making.