Bernie Sanders Admits He Can't Get It Done 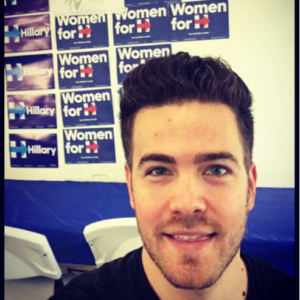 Can we have an honest conversation? There has been a lingering presence hovering over the Democratic primaries over the past few months. Specifically, doubts about how and whether a hypothetical President Sanders is able to take the lofty campaign promises and rhetoric he employed to win the Democratic Party nomination and translate them into an actual legislative agenda. Would such an agenda stand any real chance of being taken seriously by an obstructionist Congress, let alone passed into law? While Sanders’ supporters and campaign staff may be reticent to acknowledge the conundrum, voters have started asking the question: Can he get it done?

Thursday, on a live MSNBC telecast in which he was being interviewed by Chris Matthews, Senator Sanders gave us a good idea for that answer: No. For those that missed the telecast, it was an embarrassing moment for Sanders where Matthews repeatedly challenged him on how he planned to fulfill his campaign promises. Sanders stammered awkwardly through his responses, without ever providing an answer.

Before being accused of speaking from my own Clinton bias, or being called a Sanders naysayer, the notion that Sanders is not able to deliver on his grandiose promises seems to be objectively apparent in his proposals. Consider the contentious issue of Health Care, a subject that has once again become prime real estate during the Democratic Party debates, and where the candidates have been given the opportunity to draw contrasts between one another in their plans. At first glance, the respective nominees propose agendas that mirror one another. For instance, both candidates support universal health care. The distinction in their plans rests on the very different ways each candidate intends to get to the goal of universal coverage. Secretary Clinton intends to expand the Affordable Care Act, or Obamacare, fix some of the problems intrinsic to the legislation, and ultimately take the amount of insured Americans from the current rate of 90% to 100%

To contrast, Sanders intends to get to the goal of universal coverage by implementing wants government paid, “Medicare for All”. The problem that the Sanders camp either negligently or intentionally evades on purpose is that the concept of “Medicare For All” has been rejected in Congress repeatedly over decades. Medicare for All failed miserably in 1993, 2009 & 2013 (Vermont). No one could get a plurality of democrats to agree on it, much less Republicans. Even with a Democrat-controlled Congress and a Democratic President, Democrats could not build a coalition around single-payer health care during Obama’s first term.

The most troubling part of the Chris Matthews interview is undoubtedly the moment where Sanders could not say how he’d be successful at getting it passed. Matthews pressed him to provide the name of one Senator who would vote with him in the Senate, pointing out that he would need 60. Sanders deflected to one of his stock answers about being from outside the establishment.

Growing resentments for “the establishment” are real. But the Sanders conundrum is that he paints himself as anti-establishment without acknowledging he will need to cooperate with the very establishment he decries to pass legislation and effectuate any change. In that sense, while he has criticized Clinton for her being too a part of the “establishment,” her ability to work with and understanding of government is one of her strongest suits. To make matters worse, Sanders does not seem interested in helping the Democratic Party fundraise for and elect progressive candidates elected to the Senate.

In the Matthews interview, Senator Sanders predicted that Senator Mitch McConnell was going to look out the window of congress and see millions of young people demanding change. While he has mobilized an impressive grass roots campaign, he has demonstrated no tangible ability to build coalitions in Congress or even to get high voter turnouts. How he expects to mobilize a march on Washington every time he has problems with Congress is a mystery. He is a good man with a strong message, but Bernie Sanders can’t get it done. While Secretary Clinton faces an uphill battle with her progressive agenda, she has demonstrated willingness and an ability to build coalitions with legislators, and even to contribute campaign funds to and help fundraise for Congressional races. She understands that progress is a slow and steady race, and that in a democracy where multiple ideologies must be competed with and considered, her steady yet progressive approach for college affordability, federal minimum wage, equal pay for equal work, and others is most likely to succeed. As much as Democrats like and respect him, Sanders revealed his very problematic Achilles heel tonight. And secretly, I think voters agree.

Thomas McAbee is one of the founding members and a Senior Advisor to Bros4Hillary. You may e-mail him here.