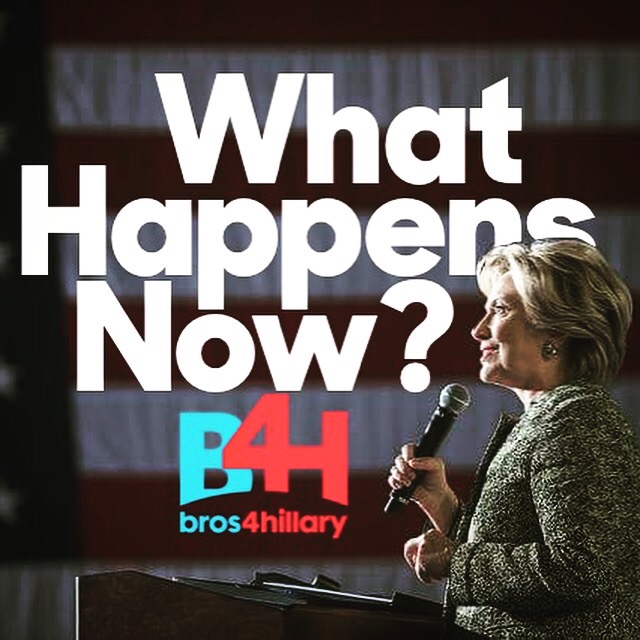 Where do we go from here?

This isn’t where we intended to be
We had it all
You believed in me, I believed in you.
Certainties disappear
What do we do for our dream to survive?
How do we keep, all our passions alive as we used to do?

“You Must Love Me,” performed by Madonna, from the motion picture adaptation of ‘Evita.’

Music and Lyrics by Tim Rice and Andrew Lloyd Webber

A year ago, if you had asked me how I saw myself wrapping up 2016, I would have described for you my vision of a country led by a woman. And not just any woman, but one of the most accomplished women in American history and a historical leader of a generation. An admired public servant with unrivaled experience, intelligence, and grit would end the year breaking the highest hardest glass ceiling.

Since November 8, 2016, coping with the fact that our dreams for Hillary Clinton and our country would not line up with reality has been difficult. It has been a slow and painful adjustment, for me personally, and somewhere deep within, I held out fervent hope that this was a mistake that would be rectified. Would the various stages of recount do it? Would the electors vote with their conscience and stop this nightmare? Alas, none of those two scenarios materialized and a many Americans are left feeling shocked about the gloomy and often-times sinister Twilight Zone-esque presidential transition taking place.

Bros4Hillary was founded in late January 2016 as a merely a Facebook group, meant to be tongue-in-cheek response to the misogyny, online vitriol, and bullying of the so-called ‘Bernie Bros.’  It started as a simple dare to myself to prove that with enough Facebook friends and supporters who believed in Hillary’s platform and with enough fact-based and well-researched ammunition to support us, we could represent Hillary credibly. It started with about 200 or so Hillary fans and supporters and with the help of co-founder Rance Collins, followed by another close friend Thomas McAbee about a week later, B4H was created. Matt Garrett, Alex Mohajer, and Daniel Fusselman joined our leadership team from there, and what followed, I never could have imagined.

Bros4Hillary become a space for people to vent, to express their feelings and opinions, and to find safe haven from the ugliness of the primary campaign. We have even had members express to us that Bros4Hillary literally saved their lives. As we grew, we added designers, a social media outreach team, and moderators. Since January 2016 we have become a full-fledged advocacy group that saw its membership rise to about 30,000 across various social media platforms. Bros4Hillary and its members have been featured in the news, promoted HFA policies, worked closely with her campaign and her staff, raised thousand of dollars in donations and recruited volunteers who worked tirelessly from Iowa to Philadelphia and between. Our call team even finished out the campaign season in the Top 10 for all call teams in the nation. The success of the organization is indebted to the hardworking group of B4H volunteers (including its leadership board) who would give their lives to make ‘Herstory.’

So where do we go from here? The results of the election were not what we intended and what we fought for. We had it all- exit polls, volunteers, donations, you name it. What do we do to keep our dreams alive from now on?

For progress. For justice. For Hillary. We are proud to announce Bros4America. We will pick up where our Hillary left off. To dedicate our lives to make America really better for EVERYONE, not just the chosen few.  To lift up the spirits of Hillary supporters and offer a place for them to continue to honor her. To extend our hand in service to the communities that Hillary worked all her life to protect, mainly women and children. To call out hypocrisy and serve as watchdogs on the media and the incoming Trump Administration.

Simply put, Bros4America carries on Hillary Clinton’s historic legacy and platform. We owe her, the first woman to win a major-party nomination for President who would go on to win the popular vote by nearly 3 million, and win more votes than any other presidential candidate in history, second only to Obama (and she tied his 2012 total).

We have the power. We will continue to fight. We will resist.

You can check out our mission statement for Bros4America, by co-founder Alex Mohajer, here. Your support will be even more critical as we move onward to the battles ahead. On January 3, 2017 B4A will officially launch. Till then, feel free to join our new Facebook page, join the conversation in our original group,  join our Twitter and Instagram, or become a member through our mailing list.

Thank you in advance.