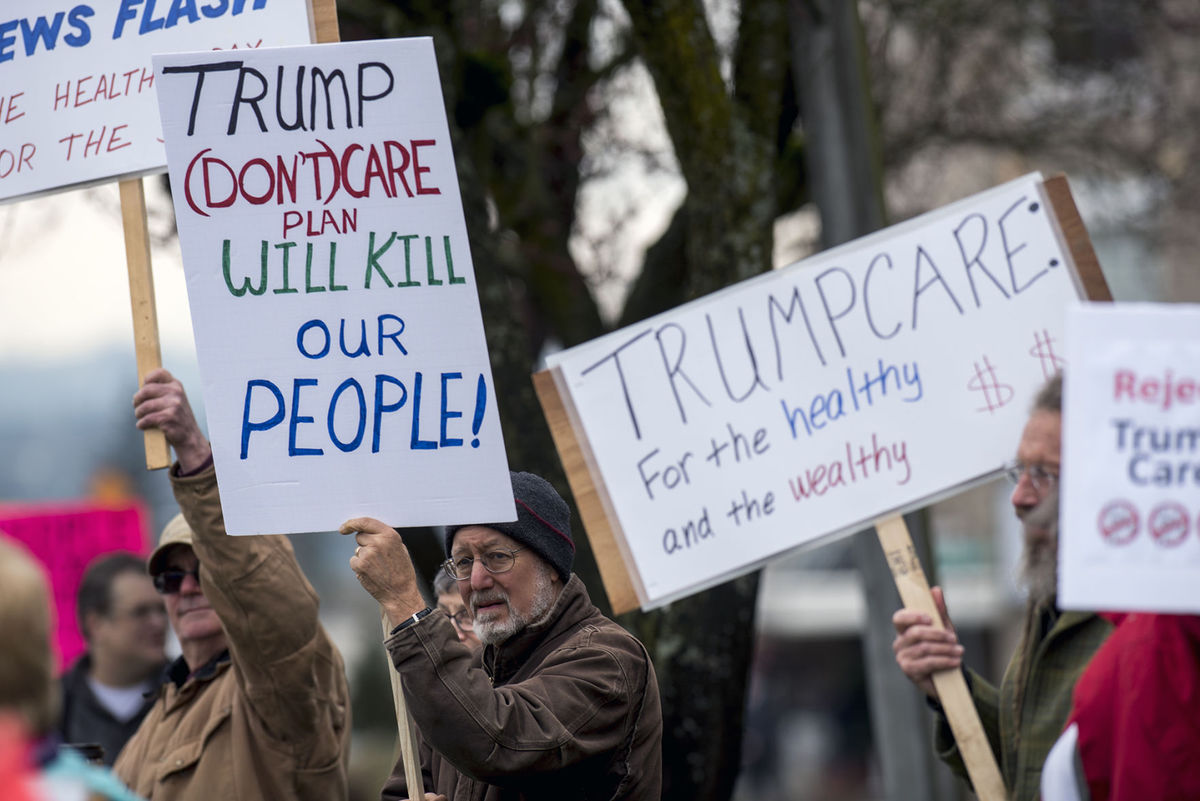 23 million people will lose their health insurance coverage under the American Health Care Act, or TrumpCare 2.0, according to the non-partisan Congressional Budget Office. The CBO released its final estimate today regarding the potential costs of the health care bill which narrowly passed through the House of Representatives earlier this month (after an earlier bill of the same name died there in March). The AHCA represents Donald Trump’s proposal to replace President Barack Obama’s signature legislative achievement, the Affordable Care Act.

The number of uninsured is not the only startling consequence of the bill. The law would restrict access to coverage and cause insurance premiums in many states to soar for the most vulnerable Americans, namely those who are sick or suffer from pre-existing conditions. Meanwhile, premiums for young people and those in good health will fall, even as out-of-pocket expenses will rise, and less comprehensive packages with fewer services made available.

Protections for consumers with pre-existing conditions was a universally lauded achievement of the Affordable Care Act, and stripping those protections away may prove a road-block to passage in the Senate, which is set to vote on the bill.

Senate Majority Leader Mitch McConnell, who was infamously caught on record in 2010 saying that the Republican Party’s single most important goal was to ensure Obama did not achieve a second term, seemed skeptical about the bill’s passage. “I don’t know how we get to 50 (votes in the Senate) at the moment,” Mr. McConnell said on Wednesday. “But that’s the goal.”

Resistance groups like Barack Obama’s former organizing network, Organizing for Action, as well as the invaluable Indivisible Guide, have already put out calls to action for citizens concerned about regressive Trump-era policies and who wish to join the “resistance” movement. For information on how to oppose TrumpCare 2.0, check out our latest Action Alerts.