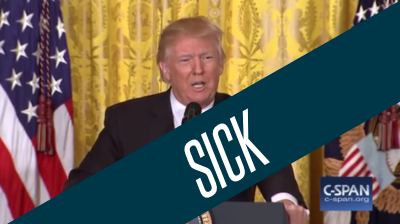 Tell Congress to vote no on Trump’s health care law. And then join protests happening nationwide on Thursday.

Then, plan a district office visit on Friday to your local Members of Congress, especially any GOP members who push this through. This is our chance to hold them accountable for their no votes. THIS IS NOT THE FIRST VOTE and all our Members of Congress will need to take more votes in the future in order to make TrumpCare a reality. Putting the pressure on them hard on Friday will keep them sweating.

Fellow Millennials….This is about us.

In a matter of hours, on Thursday morning, Congress is set to vote on Trumpcare, the health care bill Donald Trump has lobbied for and expects will “repeal and replace” its predecessor, President Barack Obama’s Affordable Care Act, which became law exactly seven years ago.

The non-partisan Congressional Budget Office (“CBO”) says that Trumpcare will leave 52 million Americans without health insurance, with as many as 14 million losing their coverage next year alone, and 24 million set to lose their insurance.

Since conservatives announced they will vote down the bill without changes, it appears concessions have been made that make the bill EVEN MORE CRUEL, stripping mental health and maternity care from the list of “essential benefits.”

Join us in voicing your opposition.