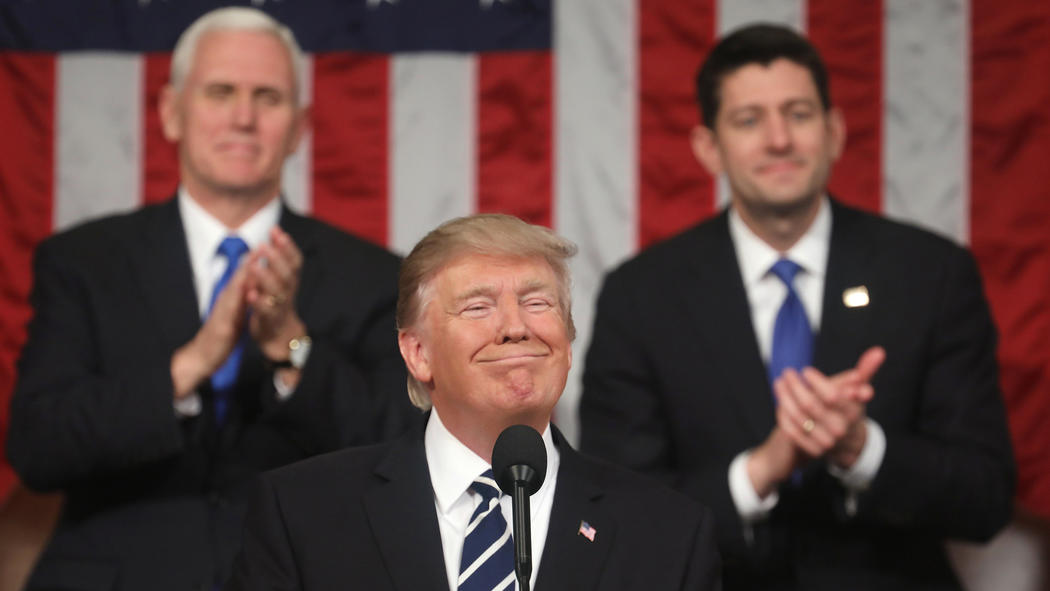 President Donald Trump and White House press secretary Sarah Huckabee Sanders are calling on ESPN to fire Jemele Hill after the sportscaster called the president a “white supremacist” on her personal Twitter account.

Aside from the fact that Huckabee is now the subject of an ethics complaint resulting from her statement, had it occurred in a vacuum with nothing to stand upon, maybe it might be considered a problem. However, there is literally a mountain of evidence to support the claim that Donald Trump is himself a white supremacist or, alternatively, is so deeply embedded with white supremacists that he is indistinguishable from one.

Here’s are 27 instances that back up the charge that Trump is a racist and white supremacist. It is by no means exhaustive or definitive, so feel free to add to it in the comments. And Jamele? #ImWithHer

1) Sued by the Department of Justice. Twice.

During the first presidential debate last September, Hillary Clinton first brought forth the accusation that Donald Trump was sued by the Justice Department for refusing to rent to black people…twice. Politifact determined that this was 100% true.

I couldn’t believe I was hearing this. But Donald went on, “Besides that, I’ve got to tell you something else. I think that the guy is lazy. And it’s probably not his fault because laziness is a trait in blacks. It really is, I believe that. It’s not something they can control. … Don’t you agree?”

Donald Trump was the chief public figure leading the charge against the Central Park 5, five young black men who were wrongfully convicted of raping a woman in New York City’s Central Park in 1989. At the time, Trump was a real estate mogul and not the leader of the free world. But the divisive, racially charged rhetoric of his presidential campaign are echoes of his public sentiments all those years ago.

Trump viciously demanded that the death penalty be reinstated in New York for the purposes of executing the men, one of them as young as 14-years-0ld. DNA evidence exonerated the men, but Trump still called for their jailing and execution years after DNA exonerated them.

She tried to tell us, y’all.

5) He called Mexicans rapists and murderers

Donald Trump promised to drain the swamp when selecting his administration. Rather than pick a highly qualified and diverse team that represented a sampling of America, he hired Goldman Sachs executives, oil tycoons, and, you guessed it, known white supremacists. Steve Bannon, Stephen Miller, Sebastian Gorka, Jeff Sessions, and on and on and on…

No, this isn’t the title of a new NBC sitcom to follow the reboot of Will & Grace this fall. Donald Trump used his executive powers to pardon Arizona Sheriff Joe Arpaio, who admitted running concentration camps for Hispanic prisoners and racially profiling them.

Really? No. Not all sides participated in the violence. And do we really need to dignify the fringe Never-Hillary people by giving them an entire wing of American left? Let’s just call them for what they are– the alt-right.

During the campaign season, Donald Trump refused to denounce David Duke, the former Grand Wizard of the Ku Klux Klan, for days. Some commentators have speculated that the silence was an intentional dog whistle being sent to fellow racists ahead of primaries in the “Deep South.”

11) His DOJ attacking and going after affirmative action

12) All the times he, his children, and his surrogates retweeted white supremacist propaganda during the campaign

13) His vocal support of private prisons

14) His entire “law & order” rhetoric which simply means, keep POC in their place

15) His support of and defense of confederate monuments

16) His love of former President and known racist, Andrew Jackson

She Tried To Tell Us | The #MuslimBan Edition. THIS IS NOT WHO WE ARE. @HillaryClinton pic.twitter.com/fsFObEYVPn

18) His promise to round up and deport 11 million immigrants

20) His claim that all black people are living in war zones, filled with poverty, failing schools, no jobs and crime

21) His attacks on Judge Curriel, who presided over the Trump University fraud case, saying he couldn’t do his job because of his Mexican heritage

22) His attacks on Mrs. Khan, a gold-star mother, who he claimed didn’t speak because she wasn’t allowed to speak

23) His attacks on former Ms. Universe, who he called Ms Housekeeping

26) His support of rally goers roughing up of black protesters

27) All the times he called Sen. Elizabeth Warren “Pocahontas”

Again, this list is by no means definitive, it could go on and on, but clearly, the belief that Trump is a white supremacist or racist isn’t happening in a vacuum and as my mom would say, if the shoe fits, wear it. Donald Trump is a racist, it’s time for America to own up to it and “wear it.”

And of course, she did try to tell us.