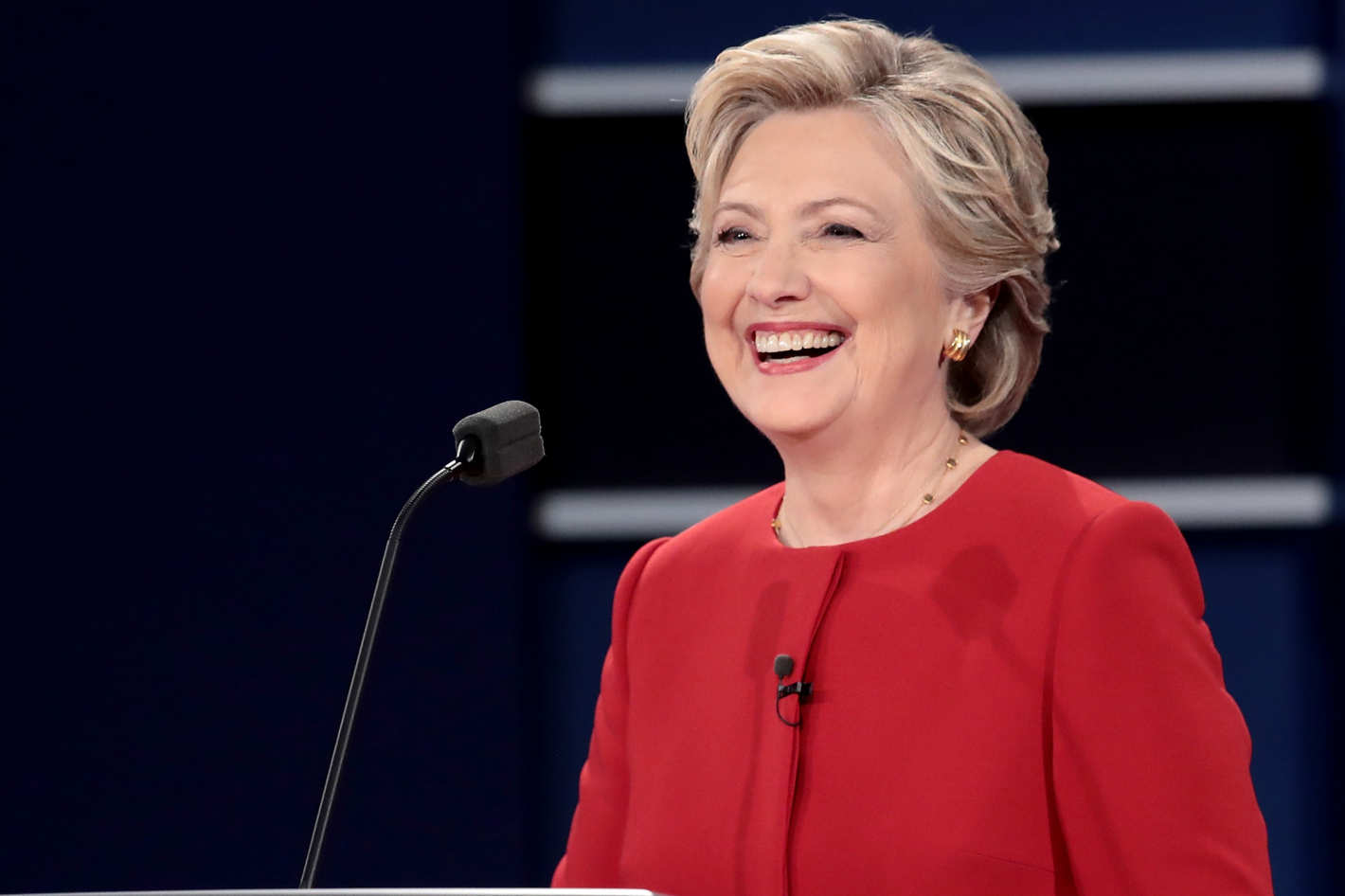 HEMPSTEAD, N.Y. – The first debate of the 2016 presidential campaign aired across multiple networks last night live from Hofstra University in the great state of New York. While moderator Lester Holt received mixed reviews, and Donald Trump was decidedly the loser (CNN polls show that he lost by a landslide), all indications suggest that it was a ratings knock-out.

The long-awaited face-off between Democratic nominee Hillary Rodham Clinton and her Republican adversary, Donald Trump, was actually a star vehicle for Clinton. She was cool, calm, and collected, and succeeded in digging away at Mr. Trump’s nerves slowly and subtly throughout the presentation, and then kicked back and enjoyed the show as her opponent grew more and more agitated.

Eventually, she succeeded in baiting him, and the resulting implosion and temper tantrum were borderline incoherent. By debate’s end, she did her job: showing a mastery of policy, dismantling his ludicrous assertions, and showing just how easy it is to bait and provoke him, and how truly unstable his temperament actually is.

The debate was replete with take-downs and impressive zingers by Clinton, who demonstrated a mastery of knowledge, and frankly stagecraft. We decided to compile our favorite “gotcha” moments of the evening (at the official Bros4Hillary viewing Party at Revolver in West Hollywood, most of these moments elicited uproarious cheers and I’m-Not-Worthys from the audience).

Right off the bat, Clinton dug right underneath Trump’s skin. With a classic side-eye and the slightest hint of sarcasm, she addressed her opponent with a smarmy grin that she seemed to know would plant the seed of his growing annoyance with her. For a narcissist like Trump, it’s inevitable that he would begin pathologically dissecting just what she meant by that? Was it an insult? Did she just make him look foolish on national television? The slow-cooker begins.

Pre-planned and rehearsed zinger, but this line was not only effective, it was snazzy. Viewers at the Viewing Party chanted back “trumped up trickle down!” back at the the television set and giggled in delight. Canned or not, it was an effective pairing of Trump’s policies with failed Reagan-era economic policies that the Clinton camp is betting (wisely) will invalidate any semblance of an economic plan Trump might have for the American people.

3. “He started his business with $14 million dollars he borrowed from his father.”

If you look closely, you can see Donald wincing. Early on, Hillary took a direct one-two punch by aiming to minimize Donald’s success as a business man while simultaneously making him look like a spoiled, spoon-fed daddy’s boy. It wasn’t a huge moment, but the effect it had on the tenor of the overall debate is undeniable. This is the beginning of Donald’s overt agitation. And Hillary. Is. Loving it.

Plus, contrast the zinger with a compelling story about her own father who was a small business owner toiling over his fabric printing business, and she successfully aligned herself with the little guy.

4. “In fact, Donald is one of the people who rooted for the housing crisis. He said back in 2006, ‘Gee, I hope it does collapse because then I can go in and buy some and make some money.”

It’s not so much the quote, which is damning in and of itself. It’s Donald’s shocking response:

“It’s called business, by the way.”

5. “Well, Donald, I know you live in your own reality, but those are not the facts.”

After Donald rudely badgered Clinton and tried to blame her for and attribute quotes about the Trans Pacific Partnership to her that simply were not true (or fact-checkers suggest- a stretch), Clinton basically called Trump a crazy dumpster person.

6. (Literally laughing right in Donald’s face) “I have a feeling that by the end of this evening I’m gonna be blamed for everything that’s ever happened.”

Followed up almost immediately by:

7. Why not? Yeah. Why not? Just join the debate by saying more crazy things.

8. “[Trump really started] his political activity based on this racist lie that our first black president was not an American citizen…He has a long record of engaging in racist behavior, and the birther lie was a very hurtful one. Barack Obama is a man of great dignity. And I could tell how much it bothered him and annoyed him that this was being touted and used against him.”

A somber moment, matched with a valiant defense of President Barack Obama’s integrity.

We are now getting into unchartered territory in American politics and decorum. A major party candidate blatantly calling their opponent a racist might not usually be received well. Here, it is well-deserved.

Delivered with a wink and a smile. PWNED.

11. “Why won’t he release his tax returns? … First, maybe he’s not as rich as he says he is. Second, maybe he’s not as charitable as he claims to be. Or maybe he doesn’t want the American people, all of you watching tonight, to know that he’s paid nothing in federal taxes.”

Trump’s response? “That makes me smart.”

After Donald weakly deflects a question wherein he is forced to face his own comments criticizing Clinton’s appearance, he goes after her stamina. She answers perfectly and shuts him right down.

13. And we can’t choose between these two for our favorite moments of the night. Is it Hillary’s brilliant last second TKO about Miss America pageant contestant Alicia Machado, or is the shimmy shimmy and the “Whew!” heard around the world? You decide.

Alex Mohajer is the Political Director of Bros4Hillary. You may contact him directly here.